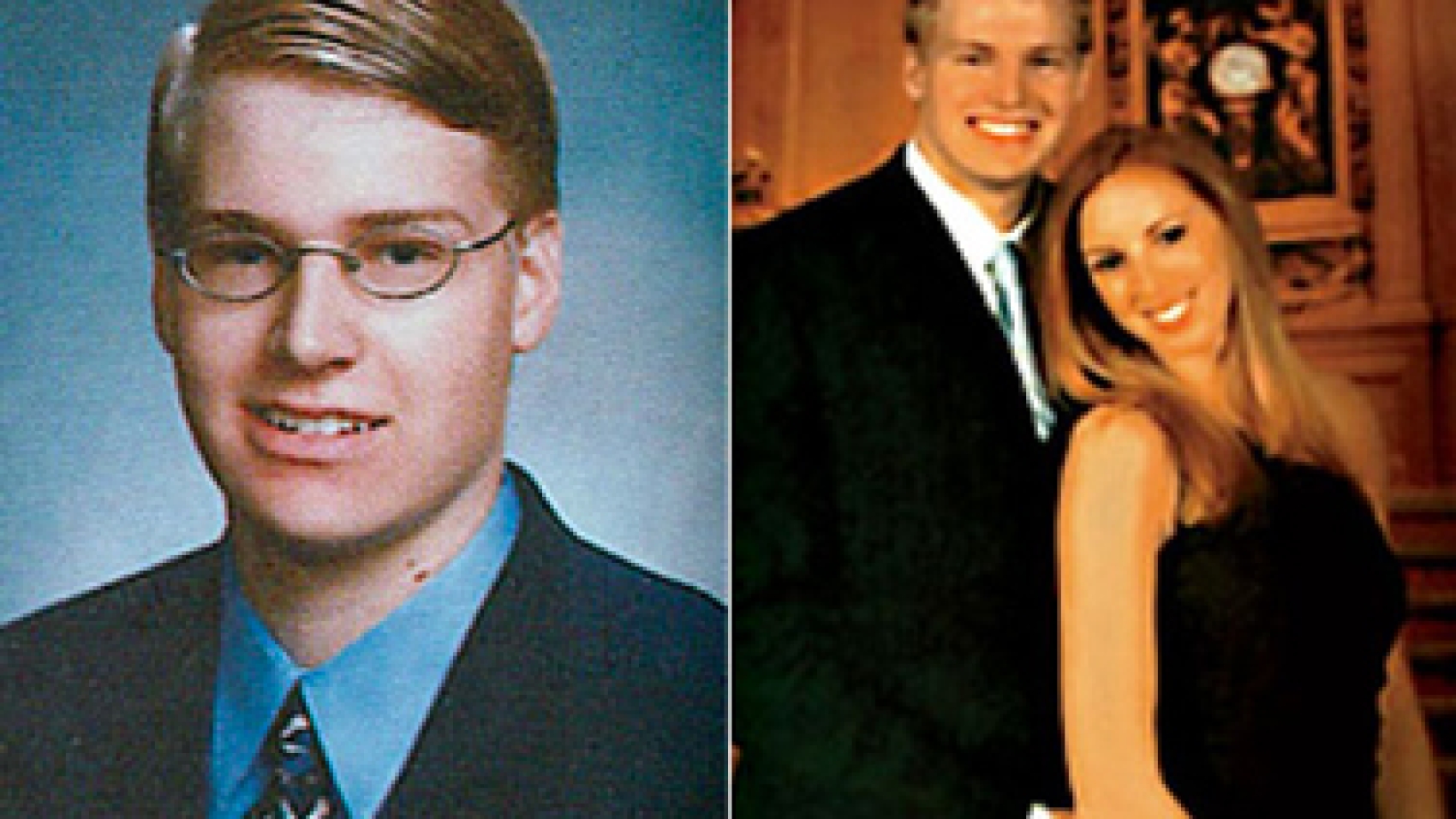 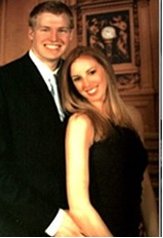 Why do women feel the necessity of standing by their man even when he’s proven himself to be not only untrustworthy, but even dangerous? We’ve watched Megan McAllister originally stand by Philip Markoff, Rihanna maybe/maybe not stand up for Chris Brown, Silda Spitzer stick to her marriage despite her husband’s way with call girls, Hillary Clinton stand by her man, and so many others. In this blog for the Huffington Post, I talk about the way women are unconsciously trained in patriarchal myths we may have thought were long since gone.

What exactly was Megan McAllister thinking when she said, “I love my fiancé and will continue to support him throughout this legal process”? Or more accurately, what was her state of denial as she watched officers retrieve the panties of Philip Markoff’s victims and the gun used to shoot one of them from the hollowed out “Grey’s Anatomy” book he kept under the bed they slept in? This was the “loving and caring person” who kept duct tape, plastic zip handcuffs, and a semiautomatic weapon in his home. Just how blind can love be? Read full post 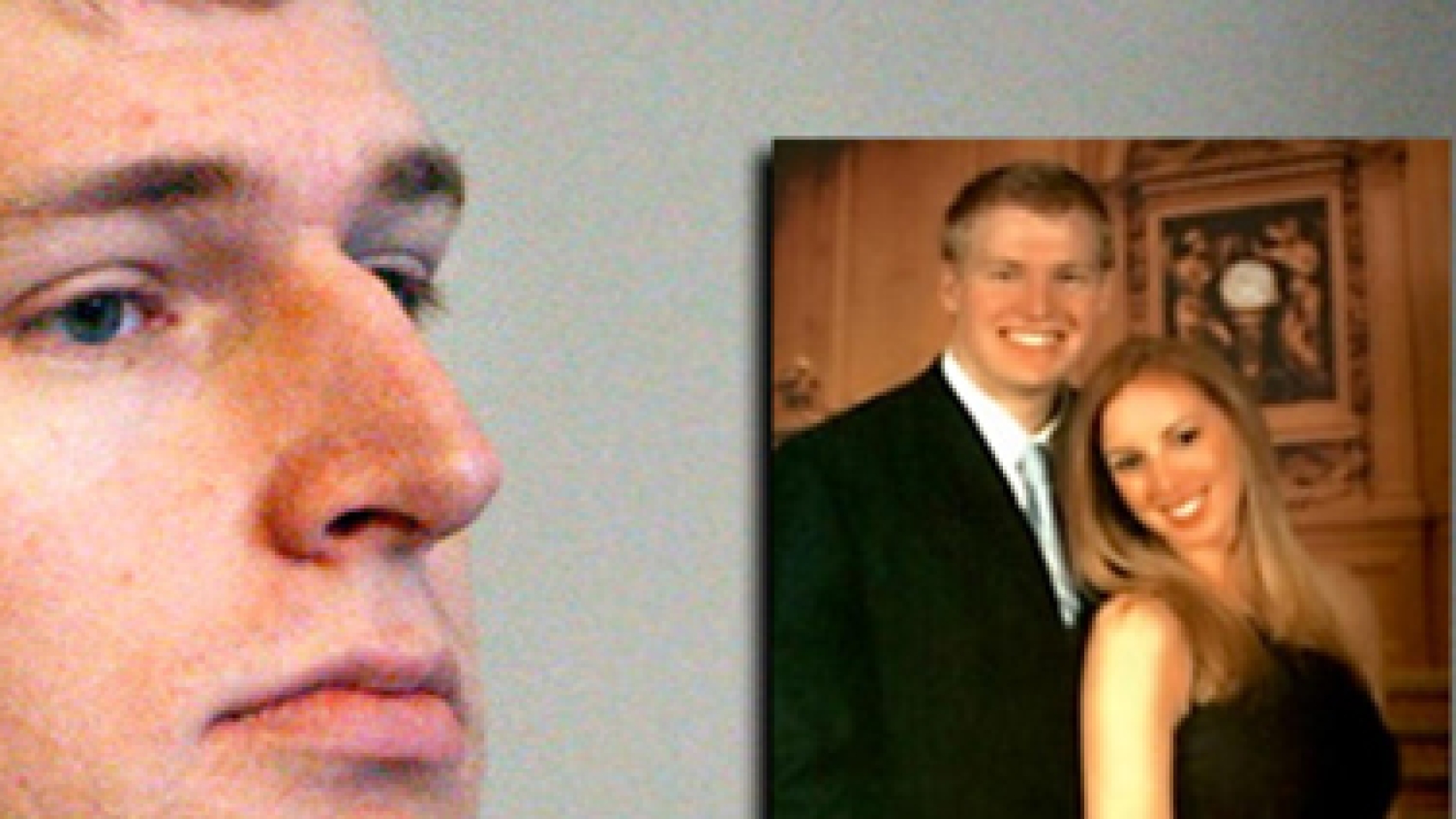 How could Megan McAllister, the fiancée of the Craigslist Killer, Philip Markoff, possibly consider that he’s a “loving and caring person” after all the evidence against him? For that matter, what causes a lot of women to be blindsided by their men’s faults? Think of Rihanna going back to Chris Brown, or Silda Spitzer still standing by her man. Is it pure denial, or are there unconscious promptings at work here? It would be wise for us all to bring more awareness to the ingrained beliefs we carry that are a hand-me-down from old patriarchal ideals. They have not been wiped out by feminism and women’s rights. If you think you’re free of them, think again. Read my blog on the Huffington Post here. 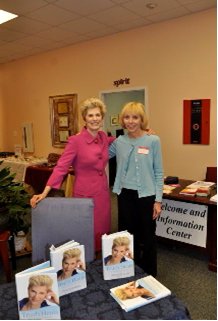 Rev. Nancy Ennis’s sanctuary in North Carolina, located on wooded acres was an energetic and moving event. The participants were open and welcoming as we moved through meditation and healings that evening.

The peaceful energy and beauty of Kim Soria’s Angelic Whispers, located in Cincinnati, OH, welcomed me into an intimate afternoon of healings and discoveries for all who attended. 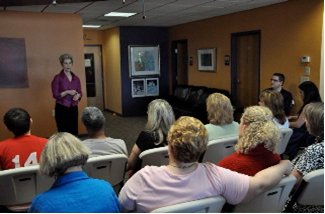 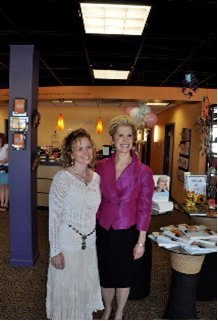 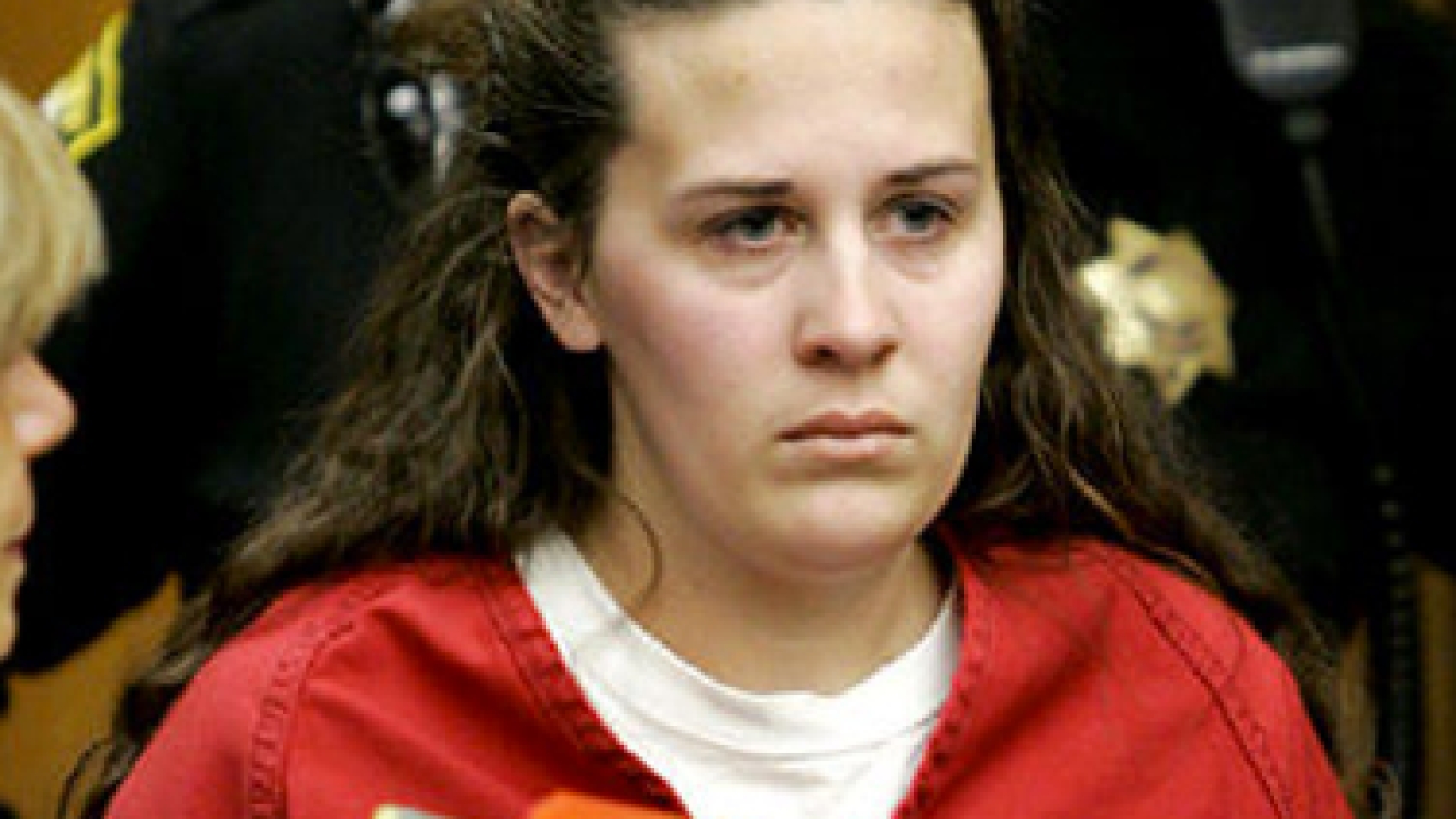 Based on the scores of comments to my latest Huffington Post blog, it looks like I’ve opened up a real can of worms in the psyche of the American public by writing about my own experience being abused with a “foreign object,” and delving into the unthinkable area of what could be behind a pedophile’s horrific acts. I am always seeking to shed light in the dark corners. The more aware everyone is that these types of abuses are suffered by innocent children all over the world, and the more we become unafraid to admit what has happened in our own lives, the sooner we can put an end to this scourge of humanity.

There is so much confusion and wrong thinking– especially in a case like that of Melissa Huckaby, where a woman, a mom, allegedly sexually abuses a young girl. I hope this blog offers readers some insight into a dark and murky area.

As horrifying as the murder of an 8-year-old is, the truly unimaginable aspect of the Melissa Huckaby case, for most people, is her alleged use of a foreign object to rape Sandra Cantu. How could a woman, a mom (!), do this to a little girl? How . . . why . . . with what kind of an object? It’s unfathomable, hard to think about, dark, evil. The only “safe” conclusion is that the woman must be insane. In fact, along with other experts, I doubt if Huckaby is insane. And as I know both from personal experience and from working with many abused women, rape with a foreign object is not as unusual as one would like to think.

I make no excuses for Melissa Huckaby nor for anyone who commits abuse.

Read the full Article at HuffingtonPost

Additional comments from the discussion thread at the Huffington Post article:

I tried to make it clear that it’s been my professional experience, working with both those who have been abused and a few perpetrators, that the sort of thing that has been alleged in this case is rarely about sexual attraction per se, but is more about power. When a pedophile is acting unconsciously from his or her own experience of abuse, gender is often irrelevant.

I have actually worked with a few perpetrators. What I learned from them was how individual each one’s motives were and often how totally unconscious they were of them. As Bejugo noted, sometimes it’s about sex, sometimes it’s about power. My experience has been that it’s most often a combination of the two: that they had an early sexual experience that was titillating and that the urge to re-experience that feeling works in tandem with the need to overpower another. 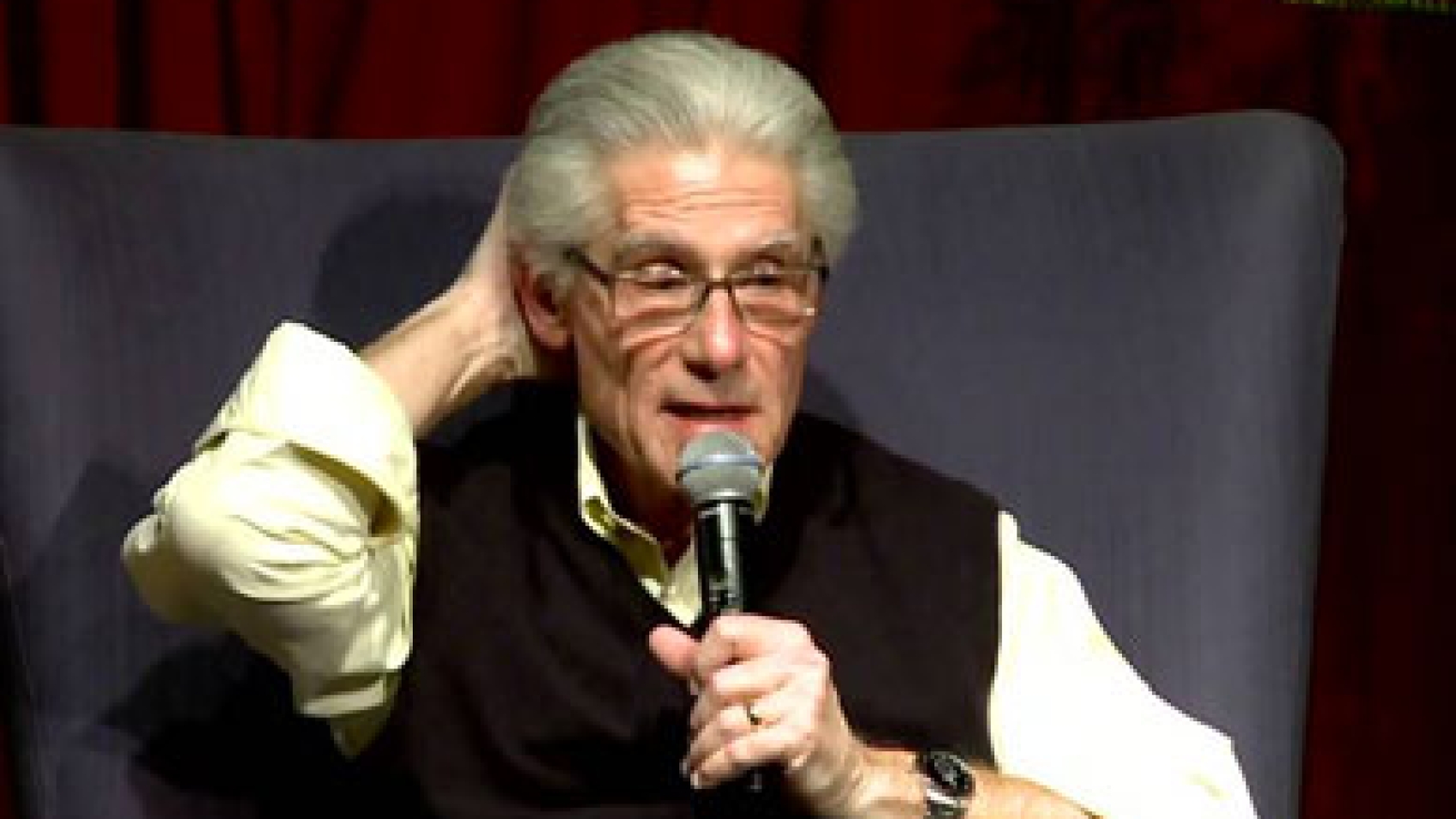 Do you think past-life regressions are a hoax? Or perhaps a symptom of mental illness? If so, you have a lot of company. But what if someone in the middle of the “space between lives” knew intimate details of your life? What if that person was able to know things that he or she couldn’t? This made a believer of conventionally-trained Dr. Brian Weiss, who recounted this phenomenon in his book, Many Lives, Many Masters. Embarking on a new phase of his healing work, Dr. Weiss began using past-life therapy in order to help heal the mind and body. Dr. Weiss speaks with us about past-life regressions and his work training others in this fascinating and important field.

Deborah King appeared on KTVI Fox News in St. Louis, Missouri, last week to talk about public liars: the signs of lying, how lies come back to haunt us, and how to be more honest with ourselves.

You can watch the clip here. 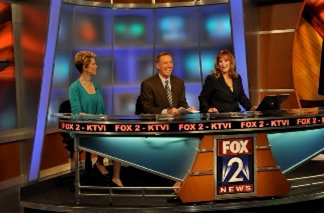 The Soul Esteem Center in St. Louis was truly a connected body of people. Spiritual leader Rev. Phylis Clay Sparks and administrative director Chris Bryant were so welcoming. The turnout was wonderful and many people connected to the healings.