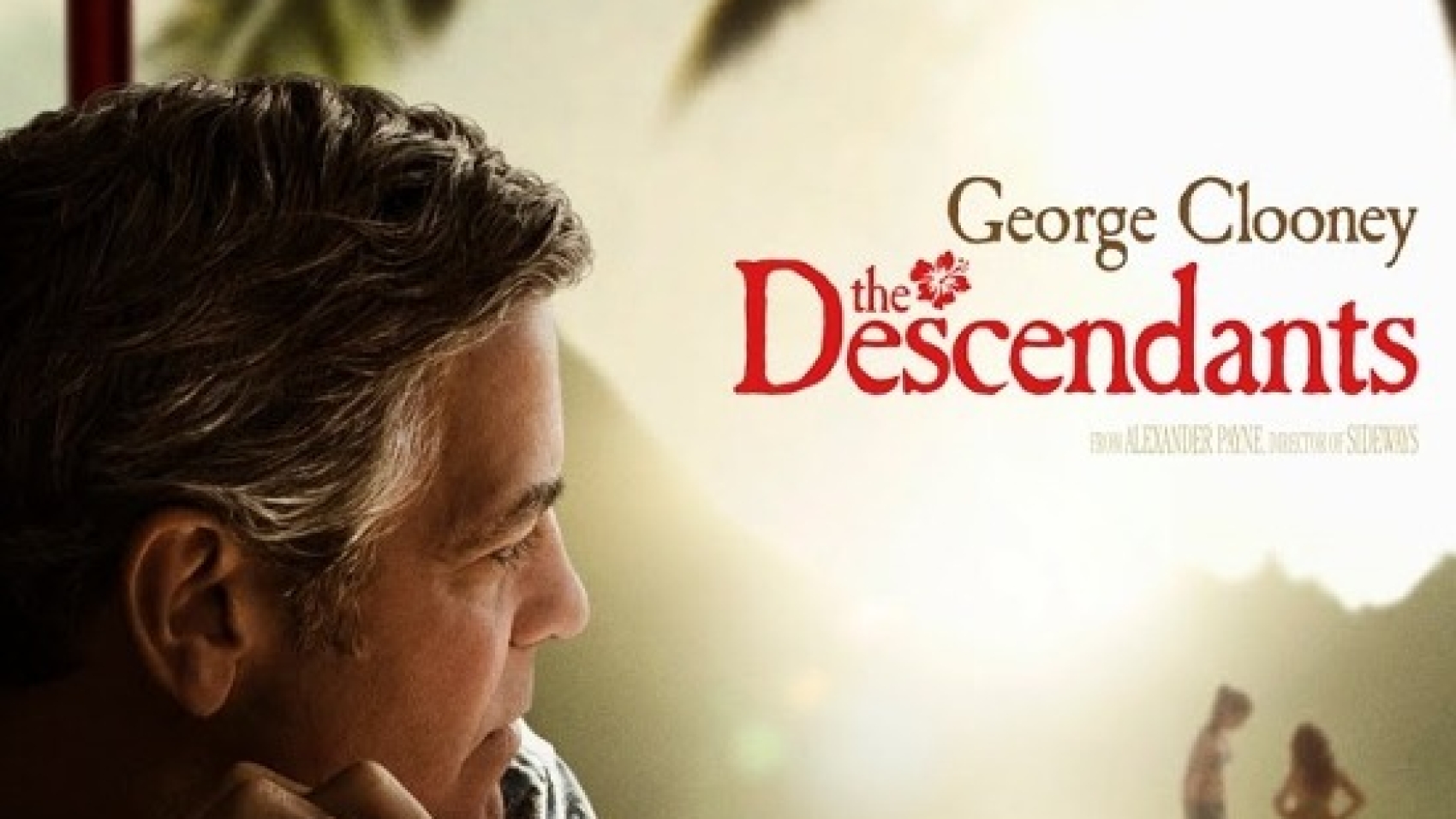 An unabashed movie buff, I have to admit I’ve seen 3 films in the past week, my first week home after 13 straight weeks traveling, and want to report in that The Descendants is the best of the bunch. Always good, George Clooney is great in this dramedy that is co-written and directed by Alexander Payne (think Sideways from ‘04 and About Schmidt from ‘02). The state of Hawaii is the co-star and setting – I’ve visited there many times and understand how Hawaiians feel a special love for their land and a need to protect it. The plot is built around Matt King’s (Clooney) upcoming vote on whether or not to sell a vast track of unspoiled land his family owns to a developer at the same time his wife is in a coma from a boating accident.

The story is based on a novel by Kauai’s Hart Hemmings, who is the daughter of a famous surfer and politician; we can guess that a lot of her can be found in the personalities and characters of Matt’s two daughters who are front and center in the film. Query whether the illicit affair the daughters’ now comatose mother was having before her accident is autobiographical or pure fiction.

The part you will love is how involved you will become with the characters, especially Matt, who really takes the high road throughout the film, and Sid, the boyfriend of one of the daughters, who has his own special moments of poignancy.

The Descendants is a film well worth seeing: despite its serious topics of raping the land, adultery and death, you will still leave the theatre feeling good. Matt’s character is a testament to important disciplines like work ethic and living a clean, simple and thrifty lifestyle, but these values are presented in such a way as to be appealing. That in itself is a tour de force.

I’m sure this film is an Oscar contender – stay tuned for more on that as I catch up with all the films I’ve missed since last August that may also be in the running.

Near the end of 50/50, one of characters asks, “What now?” And that pretty well sums up the theme of this amazing little gem of a cancer film that is a “must see.” Maybe you’re trying to decide whether or not to get in our out of that relationship or job or city or apartment, but you do assume that something will follow. Compare the experience of 27 hear old Adam, played skillfully by Joseph Gordon-Levitt, who has to contemplate a world where there might be nothing coming after “what now.” Really an inconceivable state of affairs to most people, certainly to a twenty-something.

Adam walks into the doctor’s office with a backache and walks out with a grim unpronounceable cancer diagnosis; he researches it on the Internet and finds out his chances are 50/50. But hold on, this film is not depressing. With a brilliant screenplay written by Will Reiser, who had his own successful battle with a similar cancer in his twenties, and co-starring Seth Rogen, hilarious as Adam’s best friend, and coincidentally, Will’s best friend in real life, the two main guy characters create the most real, most entertaining 99 minutes slice of life about cancer you will see.

Seth’s approach is a blend of backslapping friendship and a steady diet of chatter and crude jokes that would entertain even the most distressed cancer patient. (His list of supposed celebs who beat cancer includes Patrick Swazye) Director Jonathan Levine (The Wackness) takes this memoir and smoothly rolls it out without a hitch. The dialogue is spot on and will have you rolling in the aisle. And you’ll love Anna Kendrick (remember her great performance in Up in the Air with George Clooney) as Katie, Adam’s therapist. She’s so young (even younger than he is) that he asks her if he is her first, second or, possibly at best, third patient ever. Other supporting roles that round out this film include Bryce Dallas Howard as Adam’s departing girl-friend; she simply can’t “do” cancer, as many friends and family in real life find they can’t either.

Overall, the film succeeds because it never succumbs to sappy sentiment; often funny, even more often angry, very true to life and well worth seeing. And what really makes it work is the undying (no pun intended) friendship between Adam and Seth, a bro movie through and through. Bring the popcorn and enjoy!