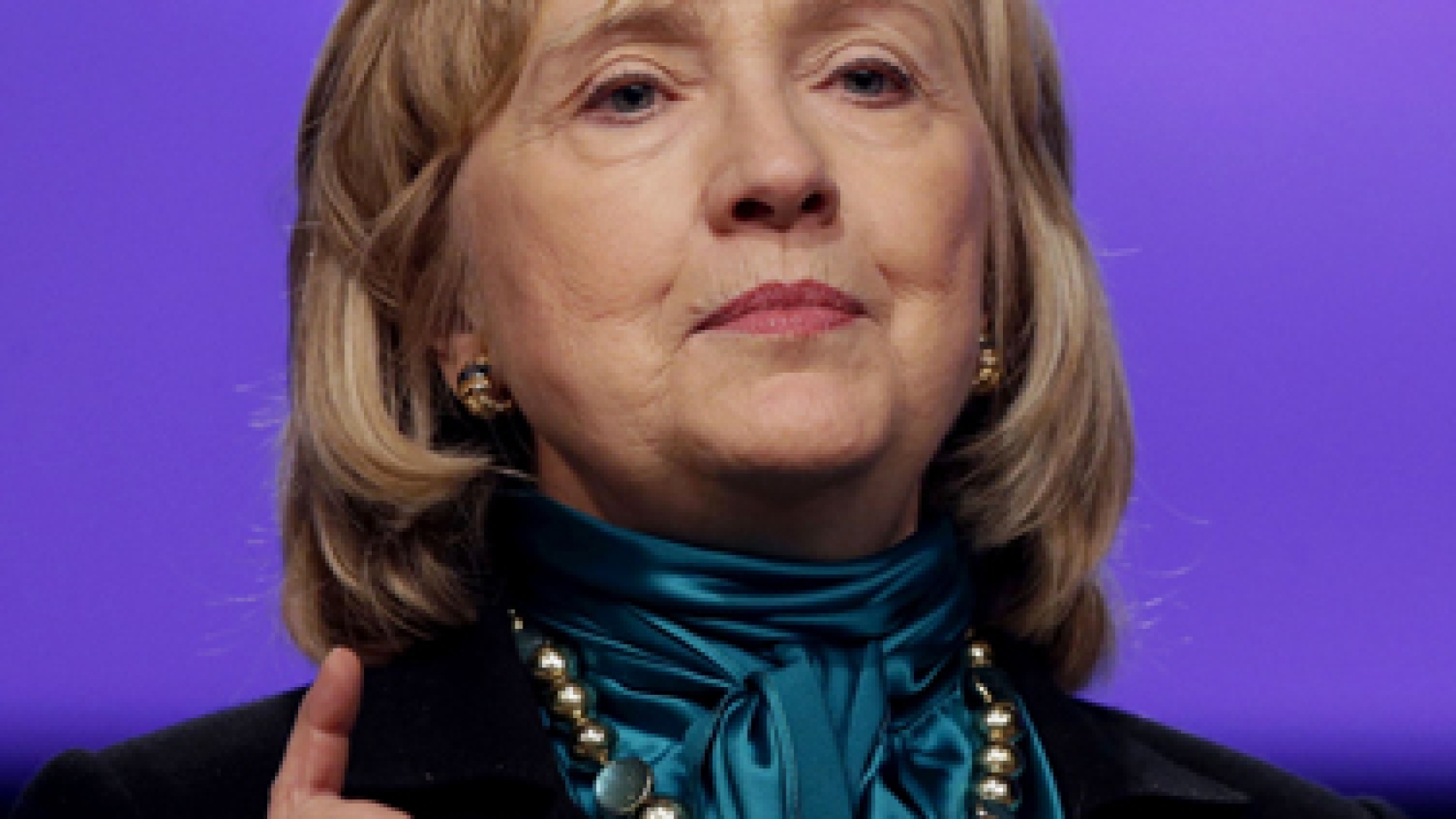 It’s time to take a good long look in the mirror—beyond the neatly pressed pantsuit—deep into the source of your current behavior. When you shake your finger at Obama, use sarcasm and other verbal weapons of aggression, and put out 3 a.m. ads based on fear, which Hillary is really speaking?

It’s the little girl who learned from her father that men are powerful and women are weak. And you certainly don’t want to look like a weak woman. Your dad was reputed to be not only verbally abusive, but also a “lady’s man,” much like the one you married—a man who showed his wife and family little respect. You honed the survival skills developed by many of us women: subterfuge, shrewdness, the ability to put on different facades, fake charm. Being yourself wasn’t an option.

It’s the young woman who learned that in order to succeed in law school she had to amputate all that was feminine: your compassion, your intuitive abilities, your heart. Like you, I graduated from law school in 1973, and I learned the very same lessons. It was hard dealing with the male professors (there were few female ones), who tended to ignore or put down the less than 10% of us who were women. I wasn’t going to succeed in that venue unless I became more male, more aggressive, more quick-witted than any guy in the room. Clearly, it was the same for you.

It’s the wife who learned from your marriage to Bill that women are there for his pleasure, to be humiliated and mistreated. We were all right there with you in your humiliation. By the way, Bill doesn’t seem the same these days as he did before his heart surgery; he’s tired and cranky and mean. He also seems to have some real mixed feelings about you being the top dog instead of him. He still wants to be “the man,” not the house-husband (even if the house is the white one). Yet you listen to his advice, and to the advice of others who advocate dirty politics.

As you look into that mirror, dive deep into the feminine truth you could reveal to the world, the one that showed up in your “valedictory” moment at the end of that debate with Obama. The moment when your warmth came through. What would happen if you campaigned on your real strengths—your tenacity and experience, your sharp intellect, as well as your hard-earned life knowledge as a woman and mother—instead of showing you can push that damn button like any man.

You know, it’s okay to show your feminine side—the caring and compassionate and nurturing side. We won’t think you’re weak. It’s just your male advisors who are afraid of that. You could set a whole new template for women, especially women like us—those of a “certain age.” Those of us who grew up believing they had to present to the world someone different than who they really are.

Come back from the dark side, Hillary. Drop the old baggage, stop reacting in an old habitual way to perceived threats, and stand tall in the light. You can do it.

Answer: She’s never had a chance to find out who she really is or what she really wants. As a show child and young adult, her entire life has been focused on performance and competition, not inner happiness. When she was troubled by her own feelings, she had to “push them down,” as there wouldn’t be time to addrress them with her busy career. Later, she learned to turn to addictive substances to mask those unpleasant feelings that many of us have about ourselves. She may have begun this process early so now she has addiction problems on top of everything else.

If she sticks with rehab, she can definitely turn the whole thing around. There, she’ll be a part of a tribe of her own peers: people who’ve been where she’s been, and who are where she is right now. In that setting, she’ll have the downtime and opportunity to go within and find her real feelings that she’s never had a chance to get in touch with before. At the same time, she’ll have the support to get off the drugs and alcohol that keep her from connecting to these feelings.

Aboriginal tribes knew what we as a culture have forgotten: that truth heals.My work with people in public events puts people in that same tribal setting. There, I create a safe place for people to speak the things that have been left unsaid, and healing naturally flows from there.