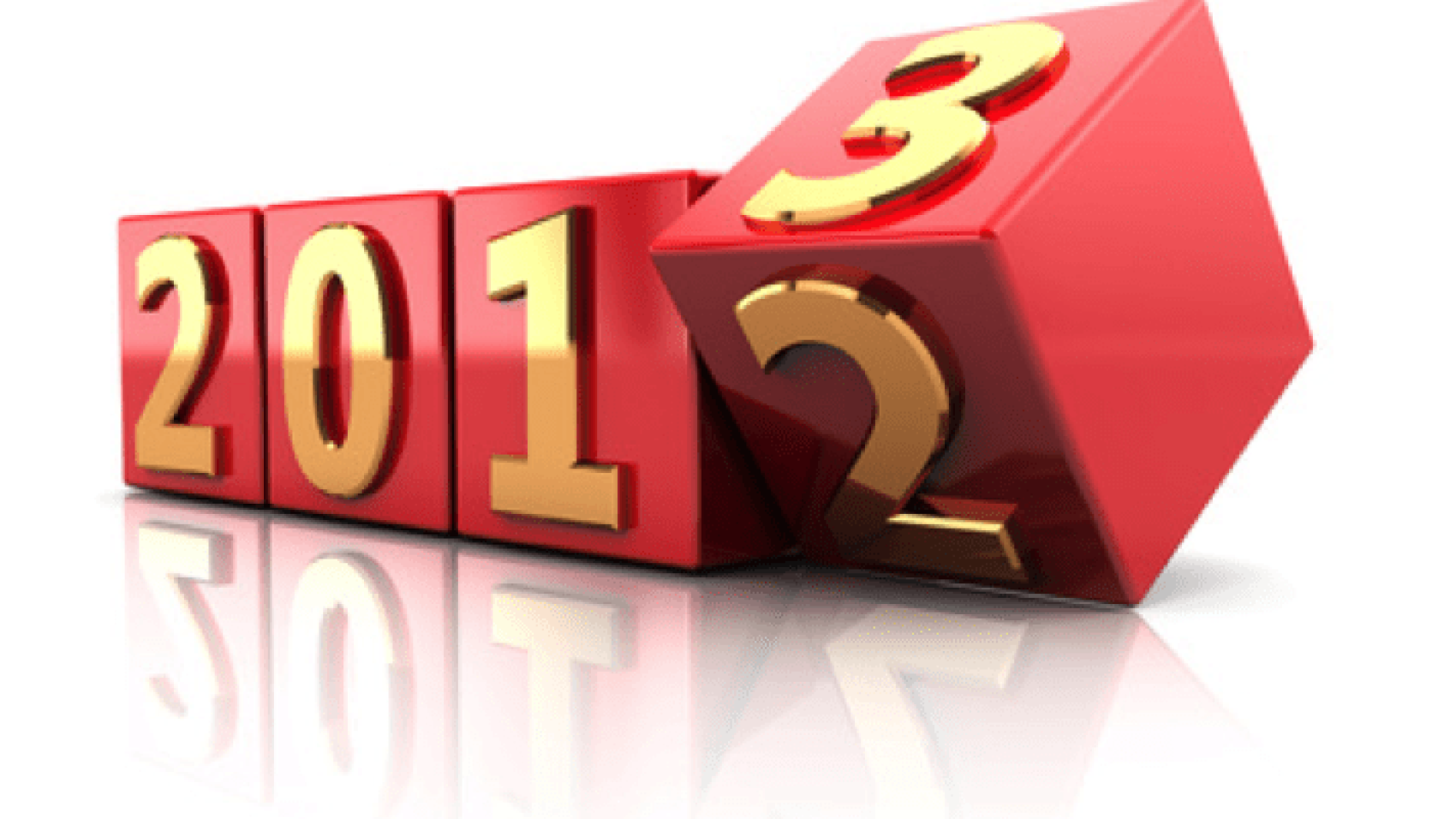 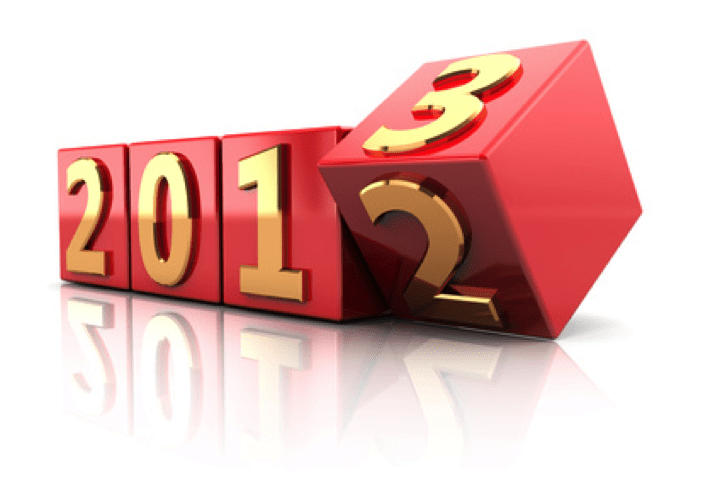 How was 2012 for you? Was it your best year ever, or are you glad you’re now in a new year and you have the chance, once again, to start over.

It’s not only loss that brings about the necessity of starting over. There are also the times—especially around New Year’s—when we make resolutions that THIS YEAR I’m going to start exercising, eat right, lose weight, stop smoking, stop drinking, learn how to tango, visit Machu Picchu, take a pottery class,—whatever. There’s always something about ourselves we want to change, something we want to learn, some reason for starting out fresh.

Endings aren’t necessarily bad. That job you lost? Maybe you really didn’t like it much anyway. It’s time to look at your talents and skills and passions. Maybe it’s time to “follow your bliss” and finally find or create a job that makes you feel good about yourself. Remember, your future is not governed by your past. No matter what’s happened in your life, you can make things a little better for yourself and for those around you, too.

If you are still living in the chaos of either man-made or natural disasters, starting over is not a choice. A great quality to have in those circumstances is the ability to accept support from others—financial, emotional, physical. Starting over can seem scary, but try to play down your fears and get excited about new possibilities.

Here are a few tips: 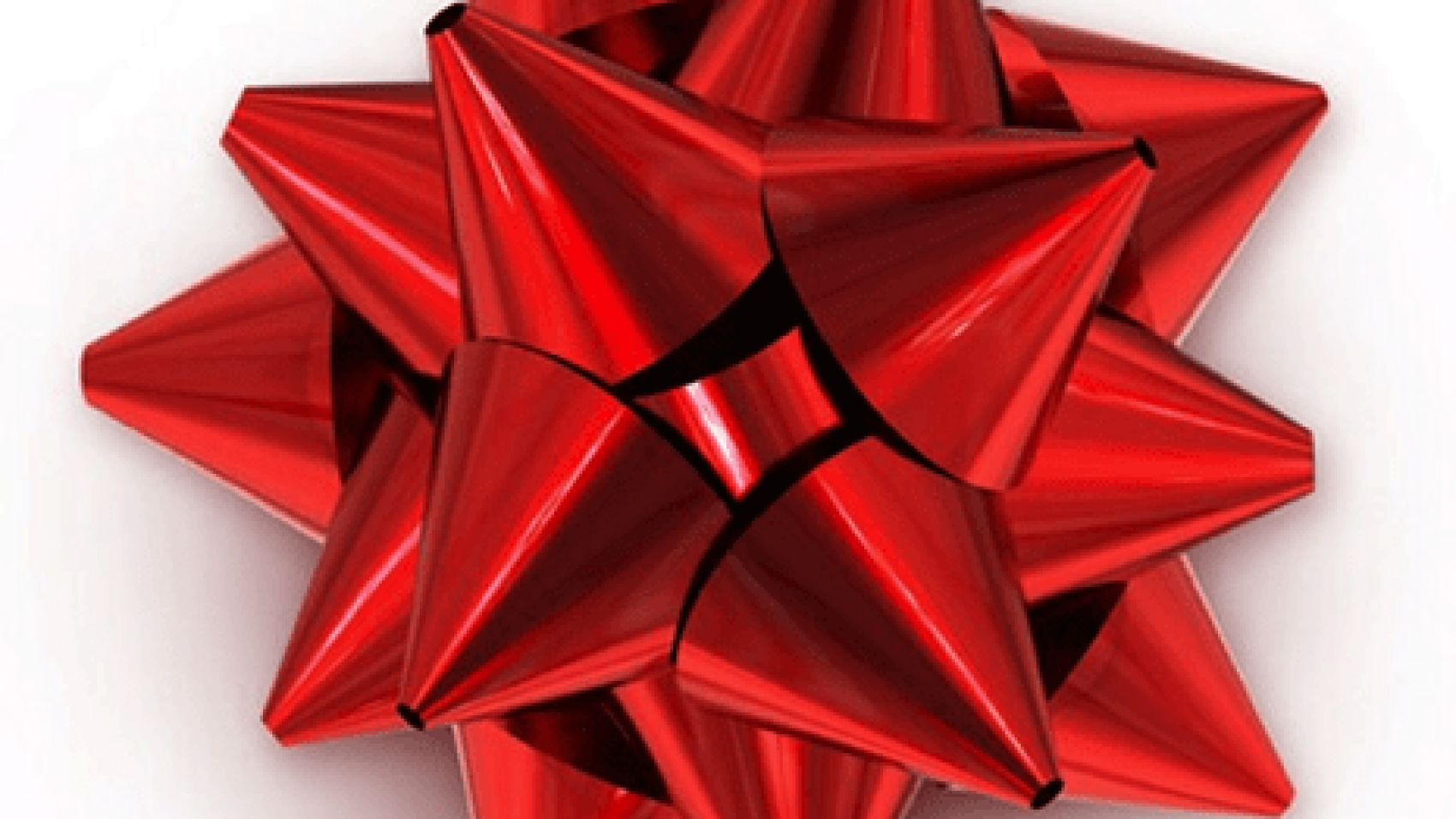 At this time of year, when we are celebrating the holidays with family and friends, I wanted to take a moment to thank you for being such an important member of my spiritual circle.

You keep me in an open heart space. You give me the gift of being able to share what I’ve learned over the years. You entrust me with your personal story—of health crises, heartbreak, or despair, along with joyous tales of your awakening to a deeper connection to Source. You discover the inner abilities you have to heal.

Please CLICK HERE to see my holiday video, a small token of  my appreciation for all you bring to my life. 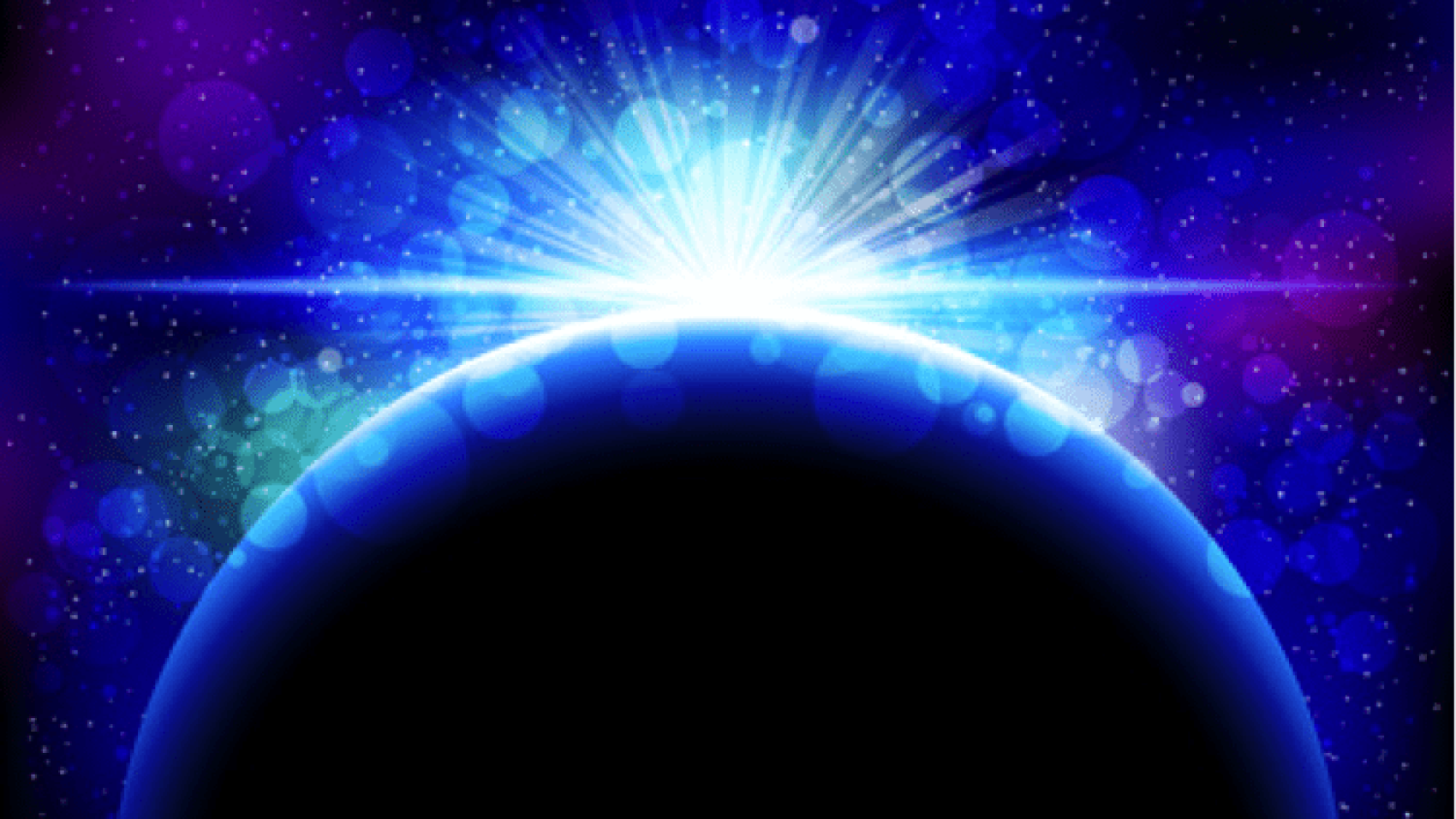 This year ends with several mystical dates: 12.12.12 and 12.21.12. Each one of these dates is related to specific cosmic forces that influence us.

2012 was a marker set in time by time travelers, many of whom are incarnate today on Earth. The date is a window of possibility—a time in which we can make an evolutionary leap, as well as the time of the ending of the last World Age. The forces have been aligned to create an opening that relates to the power of consciousness. It is about realizing your power to create a new world, for you and for others. On 12.12.12 you may feel a rush of insight as the gateway opens in preparation for 12.21.12, the Winter Solstice.
In numerology—a universal language for frequency and resonance of energy on multiple levels—12 is a number of universal import. There are 12 hours in a day, 12 months in a year, 12 zodiac signs, 12 apostles, 12 Olympian gods of the Pantheon, Jacob’s 12 sons who became the 12 Tribes of Israel, King Arthur’s 12 Knights of the Roundtable, 12 days of Christmas, and today there are 12 F-keys on PC keyboards. Within the 12, you have the number 3 (1+2=3). In 12.12.12, you have three 3s, which equal 9—the number for the completion of a cycle. This day of power is thus also related to your third chakra, where your powerful and creative fire is lit, and a new fire/light comes forth from the belly of the Earth to spark rebirth in the heart chakra.

Many of you may find yourselves pulled to certain people or places on these two mystical dates. What you will be focused on will likely be determined by all the inner preparation you have done during 2012. You may be drawn to places of power where you can be of service energetically. Or you may find yourself in a place related to a past life where you can reclaim missing pieces of your soul’s power. Light workers will be moving into key positions both physically and psychically. Acknowledge the gateway you have to travel across on 12.12.12, whether it’s travel into your emotions, across the planet, across dimensions, or some threshold that impacts your soul.

According to Vedic astrology, there will be five planets in Scorpio on 12.12.12. Saturn is exalted, which means it cannot allow this world to end at that time. In the 9 days between 12.12.12 and 12.21.12, Mars goes into its exalted sign of Capricorn. There may be earthquakes or other changes in countries whose horoscopes are controlled by Mars and the Sun. Most of them are surrounded by water on all sides, like the Pacific islands, Australia, or Sri Lanka. The supremacy of the superpowers may be threatened, and many changes in lifestyle, politics, and thought processes will see old ideas starting to be replaced by new ones.

There is an interesting astrological occurrence that happens on 12.21.12, which is that the winter solstice sun will align with the center of the Milky Way for the first time in 26,000 years. It is possible that your intuition will receive more input than usual. Neptune in Pisces, which will be there through 2026, is a herald for more people to experience heightened psychic abilities. Power hungry Pluto will be making adjustments in December, which will be easier to comply with because Saturn is present to offer assistance. The holidays may not be overly exciting, but should go smoothly enough. The best gifts will be useful as well as life enhancing. You may need a lot of stamina to deal with the end of 2012, so rest up!

12.12.12 is a time of quickening on the planet. In your higher aspect, you should be dancing for joy because, in a very real sense, what occurs on 12.12.12 is the Ascension, and 12.21.12 is the initial birthing solstice of the New Earth. The New Earth is the expansion of Earth’s resonance into 12 dimensional fields and will expand humanity beyond the third dimension.

It is said that on 12.12.12, the last two remaining dormant Master Atlantean Crystals will awaken—the Crystal of Thoth (near Lake Titicaca in Bolivia) and the Ruby Fire Crystal (below Bimini). There will also be a new emergence of the Crystal Vortex of Arkansas, where the quartz crystals are infused with the energy of the Atlantean Law of One. Perhaps you personally have carried some guilt about the misuse and loss of control of the crystals of Atlantis, which led to the deluge and the destruction of Atlantis. It is time to release that guilt. The Master Crystals will never again be misused. You have waited a long time for this completion of 12.12.12. Rejoice! 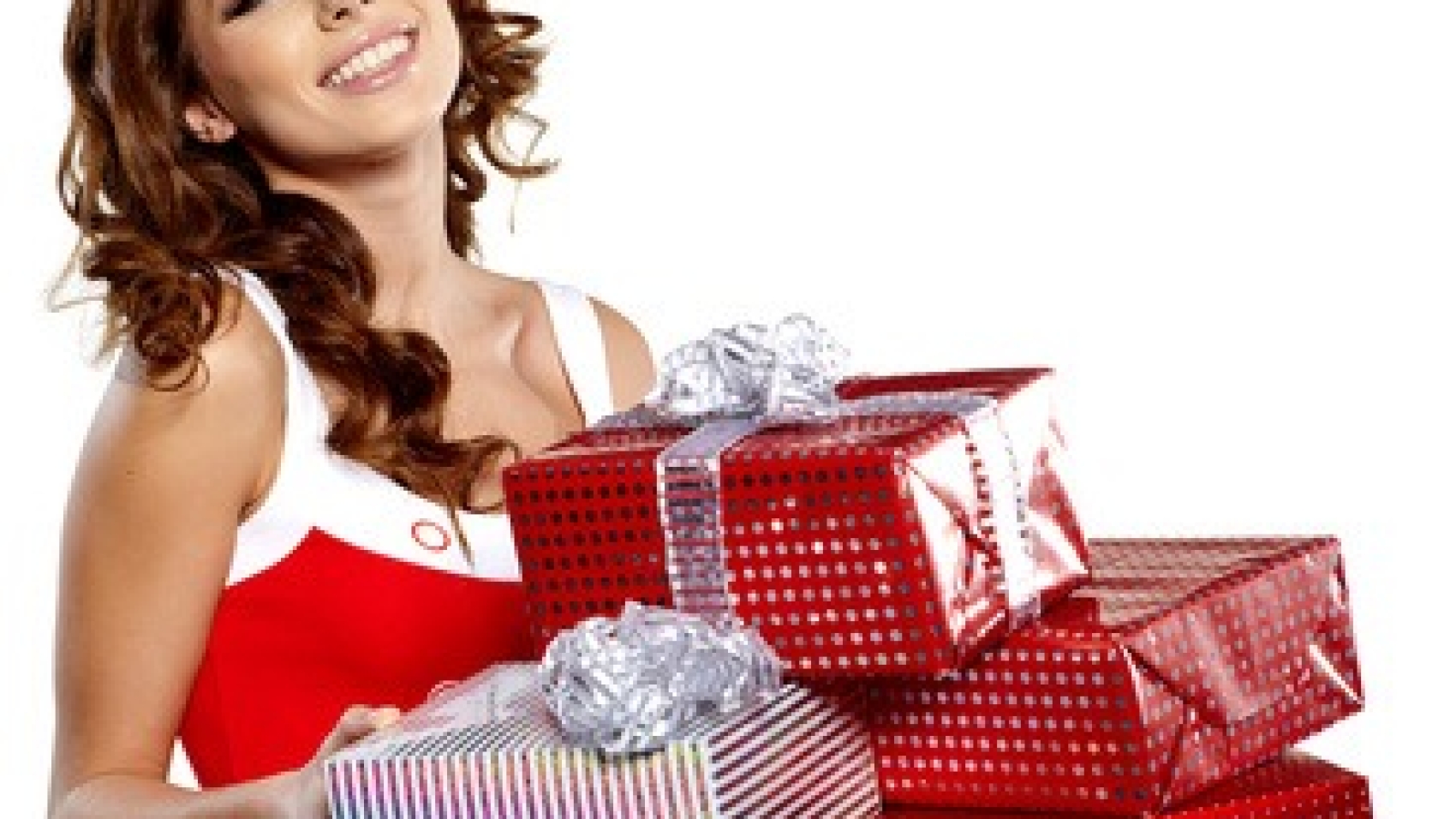 You hadn’t even taken that last bite of pumpkin pie when the madness began: buy now, pay later, check out where to get it cheapest by scanning labels on your smart phone. Jingle bells, snow days, Christmas lights on palm trees, and lists—oh those lists. Who can I afford to buy a present for this year? Who gets homemade cookies? Who has time to bake? Do I have to attend two Christmas dinners in one day to keep everybody happy? Will Uncle Willie get drunk and try to grab me again? It’s stress, stress, stress.

Or maybe it’s the opposite. Maybe you have no one to celebrate with, no one to buy presents for, and during this dark time of year, you find yourself getting really down in the dumps. Maybe you lost a loved one this year and the holidays just won’t be the same. You’re not going around singing “It’s the most wonderful time of the year.”

Do you always get stressed out around the holidays? Too much to do and not enough time or money and/or lonely and depressed? Is there a big difference between how you think you’re supposed to feel and how you are actually feeling?

Here are 10 ideas for getting through the holiday season in one piece: