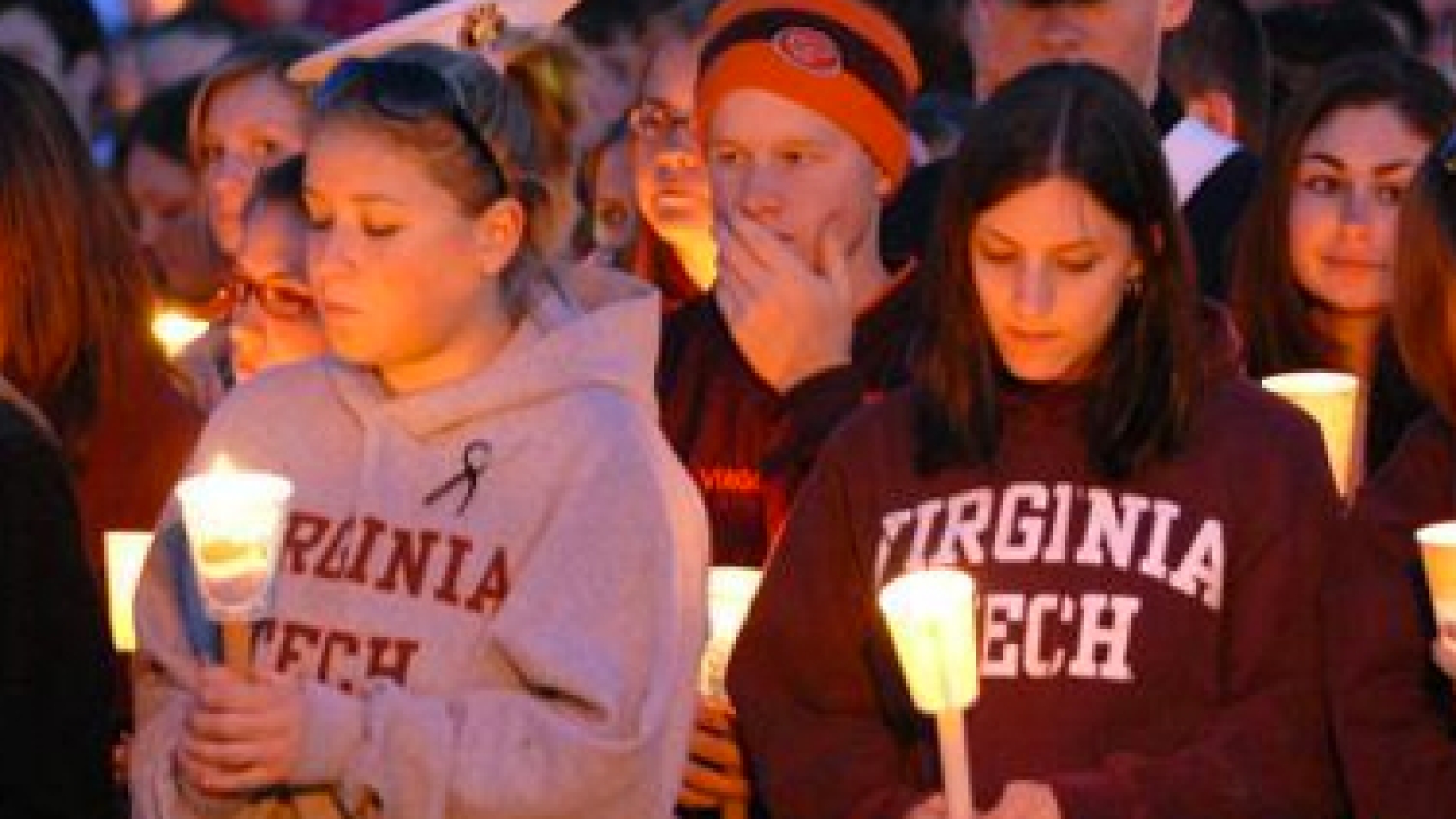 Witnessing violence, like the students at Virginia Tech did this week, can wreak havoc with our bodies. Typical initial reactions are feelings of not really being here, feeling disbelief, floating or spacey or detached. These are feelings of shock. It’s very important to actively work our way out of shocking incidents, even if we only saw it on television; otherwise, it can cause us trouble later. Post traumatic stress syndrome, suffered by so many Vietnam and Iraqi vets, is the medical term for what can happen when we store trauma in our bodies.

There are 4 steps you can take to alleviate the effects when you’ve been exposed to violence:

(1) Talk about it. That actually releases the stored violence from the body.

(2) Touch your own body or have someone else give you gentle, reassuring touch. The violence is surreal, and feeling our own bodies helps us reconnect to reality again and to realize that we are safe.

(3) Connect with nature, like sit on your lawn or pet your dog. This reconnects us back to our bodies, which we sort of leave when we are frightened.

(4) Say to yourself,I want to be here now. This counters our unconscious desire to leave our bodies when we are faced with danger. When we are not in our bodies, we are at risk for accident and disease.

I would worry about post traumatic stress symptoms showing up for the Virginia Tech students when they go back home in three weeks. While they’re still at school and connected to one another, they’ll probably be okay. It’s after they get home that they may experience phobias or insomnia or digestive disorders or substance abuse. These are all indications that they haven’t yet successfully processed the violence out of their bodies. It’s really important that they address the trauma they took in as soon as possible. 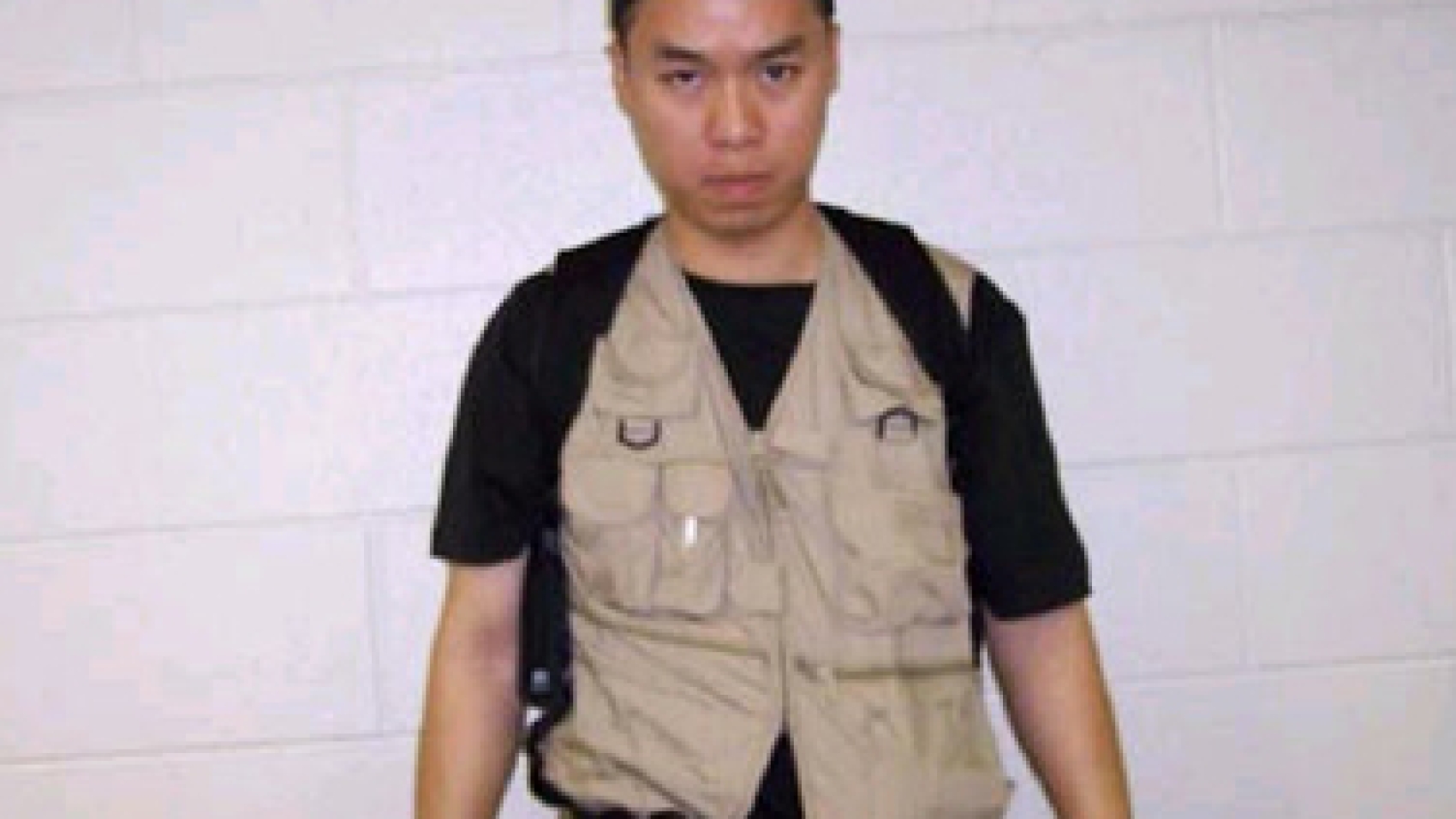 What was going through his head? What drives a person to commit this kind of mass murder? What did his writings reveal about his personality?

Were the shooter’s actions triggered by just one traumatic event or did he suffer several traumatic events that he internalized, which over time lead to this blowout?

The shooter most likely had been through some kind of major trauma or loss during his life and, instead of dealing with the trauma in healthy way, he stored his own hurt, pain, and loss as bitterness and rage and plotted revenge on anyone and/or everyone. His writings reflected an obsession with violence, which indicated that he relished the idea of shocking and repulsing people.

When someone has been through trauma, they feel an overwhelming sense of helplessness and they can strike back to regain power and control. The shooter had perceived the world as unfair and he was determined to have power over the world he believed had injured him.

By students reports, he was a loner; he had detached himself from any positive social contact. Instead, he was absorbed in his fantasies and plans for revenge.

CBS and MSNBC have taken a stand for human dignity and yet, strange as it may seem, Don Imus doesn’t get it. After being fired for his comments about the women’s basketball team at Rutgers University, he showed no remorse for harm done and continued to speak defensively during a half-day live fundraiser on the radio yesterday. The shock-jock seems oblivious to the impact of his derogatory comments on race, gender, and sexual preference, although he can no longer deny the impact—what he called a “perilous predicament”—on his career and public life.

How does a man like Imus hide from the pain in Serena Williams’ eyes over being compared to a jungle animal on his show? Does he stuff cotton in his ears when Della Reese talks about the effect of racist talk on a young girl whose athletic gift and hope for the future is shut down in the face of exploitation and humiliation on the world stage?

Unfortunately, the antidote to racism and sexism is not as simple as pulling a couple of cotton balls out of our ears. Like so many of us, Imus evidences a deeply held unconscious belief about women and people of color. What came out of Don is exactly what is inside Don.

The Imus affair is just the tip of the iceberg. It’s not just about Imus—this is about deeply held prejudices that live inside us all. The Imus incident is a wake-up call, a chance to examine our own conscience. Do we believe that some group, because of color or accent or sexual preference is somehow not as good as we are? When we hear the word “doctor,” how many of us automatically assume it’s a man? Do we assume that anyone who has a menial job must be Hispanic and should feel lucky to work so hard for so little? Do we secretly believe that someone who is gay and has AIDS probably deserved it?

We can use what happened to Don to get to our own personal and collective truth about how we really feel about others. Don showed his shadow side, but like all “shock jocks” he is the product of his listeners. His downfall opens the door for all of us to heal.

Loneliness and isolation seem almost endemic in the electronic age. We e-mail our friends for the sake of expedience instead of calling them on the phone. We send a text message to our children to find out when to expect them home. We settle for voicemail when we can’t reach a colleague or associate; why, we can even plan an entire client presentation without ever looking in our business partner’s eye. But at what price do we rely on all this electronic wizardry? What are we missing when we do what is expedient rather than what makes a real connection with another by putting us in verbal if not visual and physical contact?

Actual contact with another living, breathing being is known to heal. A pair of premature twins was placed in separate incubators, much to the chagrin of one highly intuitive nurse. One of the twins was not expected to survive. The nurse broke hospital rules and placed the babies side by side in one incubator. The healthier of the two preemies threw an arm over the other. Shortly thereafter, the smaller infant’s heart rate stabilized and her temperature rose to normal.

At the most basic level, we are designed to fall into synch or resonance with another. Some half century ago, a biology student extracted a cell from a live rodent’s heart and put it in solution to view it through a microscope. The single cell pulsed for a while and then fibrillated before it expired. Then two live heart cells were put on the slide and once one began to fibrillate they were moved closer together. The death spasm ceased and the two cells began pulsing together like a microscopic heart.

If your twin or matching heart cell is not around, a dog will do. Research has shown conclusively that pet ownership has many health benefits, from lowered blood pressure and increased immunity to helping troubled teens learn basic empathy. Dog owners live longer, and fare better after heart surgery. Pets love us no matter what. They provide companionship and unconditional love. In one study, having a pet affected patients’ survival rates even more than having a spouse or friends. Pet owners are known to have fewer visits to the doctor. Owning a pet can relieve loneliness, fight depression, and help us cope with stress.

Some old wives tales and common sayings turn out to be scientifically verifiable and based on fact: two really is better than one, and dog really is a man or woman’s best friend.