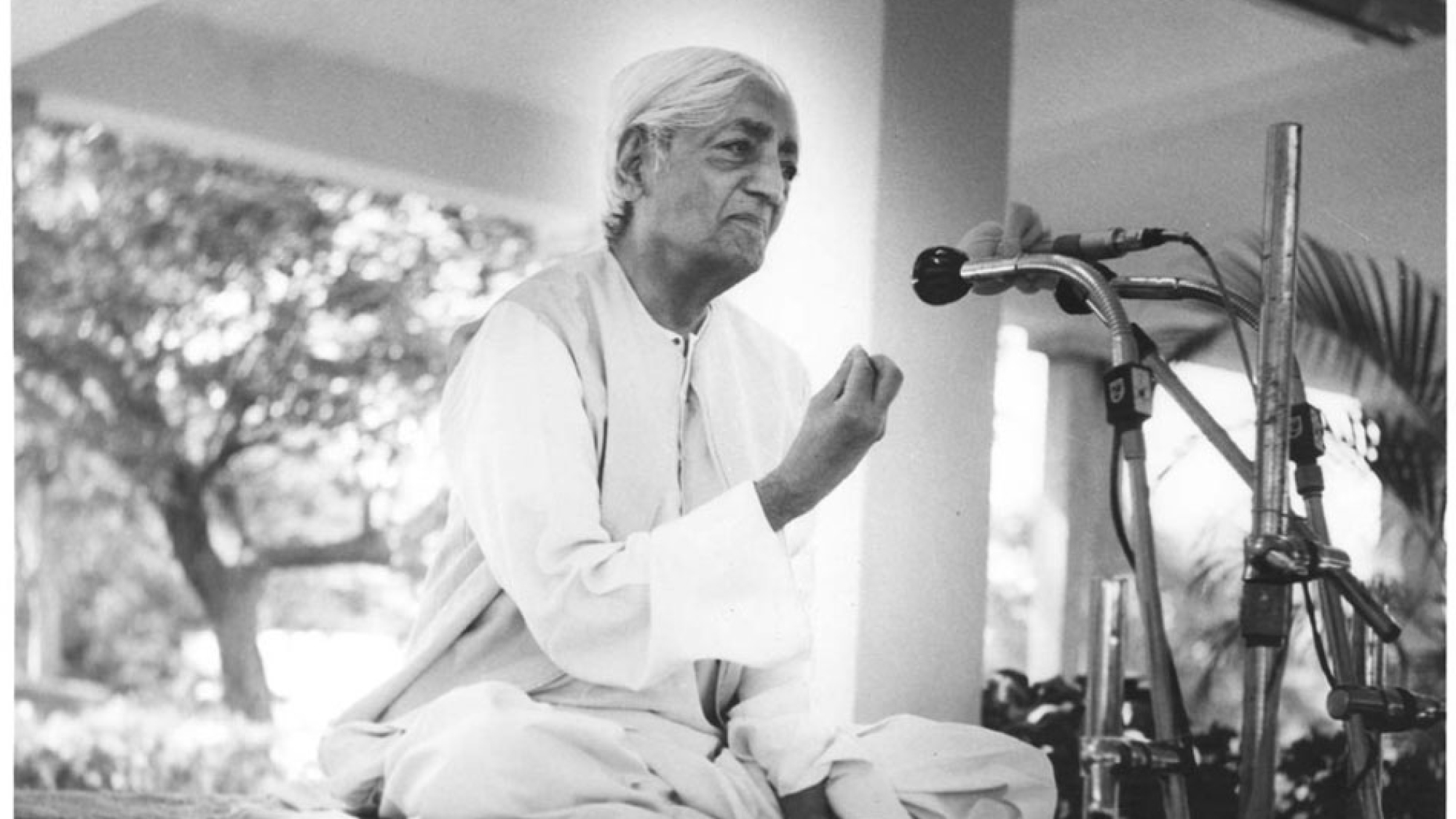 We have finally moved into the new location of the Deborah King Center in beautiful Ojai. I love it! Ojai has such an extraordinarily high spiritual vibration, and a history rich in spiritual endeavors.

It wasn’t only the Chumash tribe that called Ojai home. So did Jiddu Krishnamurti, one of the great philosophers and spiritual teachers of our modern era. He talked about everyday concerns, life in a society filled with violence and corruption, an abiding respect for nature, and everyone’s search for security and happiness. He precisely explained how the human mind works, and what the practice of meditation can bring to daily life.

Krishnamurti’s story is unusual. He was born in 1895 into a Telugu family in colonial India, one of 11 children (six of whom survived childhood). He lived next to the headquarters for the Theosophical Society in Chennai (Madras). When he was eight years old, he was discovered on the grounds of the headquarters by Annie Besant and C.W. Leadbeater, the leaders of the Society, who raised and groomed him as the next great World Teacher to guide the evolution of humankind. He and his brother Nitya were privately tutored in school subjects as well as in rigorous exercise and sports, theosophical and religious lessons, yoga and meditation, and British culture. Later the boys were brought to Europe to continue their education, and Krishnamurti gave his first public speech in England.

The Theosophical Society established the Order of the Star in the East (OSE) to prepare the world for Krishnamurti, the Coming of the World Teacher. But by the time he was 29, Krishnamurti rejected the title, dissolved the OSE, and withdrew from the Theosophy organization. Sadly, he had been sexually assaulted by a higher-up in the organization as a young boy and, rightfully, he no longer wanted to be affiliated with the Society or anything remotely religious. He dedicated himself to working toward a psychological revolution in the minds of humankind in order to bring about radical change in society. He wrote many books, gave talks and held discussion through his non-profit foundations in India, Great Britain, and the U.S.

In 1922, Krishnamurti and his brother and companion, Nitya, stayed in the Ojai Valley, thinking the climate would be good for Nitya, who had tuberculosis. They, too, loved Ojai and a cottage and property were found for them and Ojai became Krishnamurti’s official residence.

It was in Ojai that Krishnamurti had a life-changing experience, one that wasn’t directed by his mentors. First he went through a three-day spiritual experience of mystical union and immense peace, and a few weeks later went through a longer condition that he called “the process,” which recurred almost nightly until his death. These experiences were described as “the sacredness” or “the otherness.” (Clearly, he had experienced one of the higher initiations that I conduct as well as describe in my writings, e.g., see chapter 8 of my most recent book, Heal Yourself – Heal the World).

As he wrote: … [I] woke up early with that strong feeling of otherness, of another world that is beyond all thought…there is a heightening of sensitivity. Sensitivity, not only to beauty but also to all other things. The blade of grass was astonishingly green; that one blade of grass contained the whole spectrum of colour; it was intense, dazzling and such a small thing…”

The Krishnamurti Foundation of America founded in 1969 is in Ojai. They have a publishing division as well as the Oak Grove School (pre-K-12 college prep), which empowers students to take responsibility for their own learning and to develop life-long practices of inquiry into how they live their daily lives. Krishnamurti’s former home, Pine Cottage, has become a Study Center and Library for reflection and contemplation.

As you can see, his impact on Ojai has been considerable.

I understand completely why he was so attracted to Ojai and why he stayed here until his death at 90 years of age.

If you’d like to experience the exalted spiritual air of Ojai, be sure to join me for our Hallowed Retreat at the magnificent Ojai Valley Inn at the end of October . There, I’ll be talking in depth about some of Krishnamurti’s key teachings and how we can apply them to our lives today. Hope to see you there!