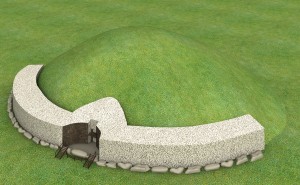 “In the depth of winter, I finally learned
that within me there lay an invincible summer.”
~ Albert Camus

As the seasons continue their relentless cycle, once again we find ourselves nearly at year-end, facing the darkest day of the year. December 21, 2013 marks the winter solstice in the Northern Hemisphere, when we’ll experience the shortest day and longest night and see the sun peak at its lowest point in the sky. The term solstice means “sun stands still,” and for a fleeting moment the sun actually seems to pause in the sky – a signal to the world that the long night is over and we can look forward to the weeks to come when the days lengthen and the sun once again begins to work it’s magic here on earth!

For most of us today, the challenges of winter don’t go much beyond travel delays, ice on our windshields and the need to bundle up in warm coats, scarves and gloves. To others, the grey, gloomy days of winter can trigger Seasonal Affective Disorder (SAD) a mood change that’s associated with the change of the seasons. To ancient cultures, the winter solstice had much greater significance as each year citizens calculated their odds of living through the winter, dreading the approach of cold and darkness as they longed for spring to return.

The longest night of the year marks the return of the light in many cultures and has long been held as a sacred time of year. We can see evidence of these ancient tributes in places that were built to acknowledge this astronomical event, and in many of today’s winter holidays and rituals.

At Newgrange, a Stone Age passage tomb in Ireland, the sun shines down its long passageway into the central chamber at the first crack of light on the winter solstice. Each year, people gather at Newgrange on winter solstice to wait for the dawning of the light, and just as it did over 5,000 years ago, for seventeen minutes as the sun rises the whole chamber is illuminated. It’s an extraordinary experience to wait in the darkness for the longest night of the year to come to an end, as the old sun dies and the new sun is born. In 2007, for the first time, the illumination at the passage tomb was broadcast live so that people around the world could experience this magical moment in their own living rooms.

Gods have a way of appearing just as things are at their darkest! The infant Jesus, whose birth is celebrated right around the time of winter solstice, brought light back into the world. In the days of the Roman Empire, many of their gods were born near the time of the solstice: Apollo, Attis, Baal, Dionysus, Helios, Hercules, Horus, Mithra, Osiris, Perseus, and Theseus. In the third century, their festivals were combined into one “Birthday of the Unconquered Sun” on December 25th. In Japan, the sun goddess Amateratsu emerges from her cave at this time of year.

Simple rituals, ancient and modern, help us to shed our own light on the darkness. All over the world people gather together with loved ones, light candles, decorate their homes, share meals and/or exchange gifts. All these winter holidays—Christmas, Hanukah, Kwanzaa, Saint Lucia Day, Dong Zhi (which literally means “the extreme of winter”), Diwali, Koleduvane (a festival in Belgium for the birth of the sun), Gody (in Poland), Shabe-Yalda (rebirth of the sun as celebrated in Iran) – are celebrating the return of the light during the darkest time of the year.

As a spiritual teacher and energy healer, I encourage you to remember that without darkness, there can be no light. To celebrate the seasonal cycle, why not develop your own personal rituals to mark the passing of darkness and the ascension into the light! Take a hike to a high outdoor peak, attend a meditation retreat or energy healing workshop, create a special journal entry to process any darkness that you have accumulated this season, or find a way to spread some light to others who are experiencing hardships or depression.  Enjoy this mystical and hopeful time of year!