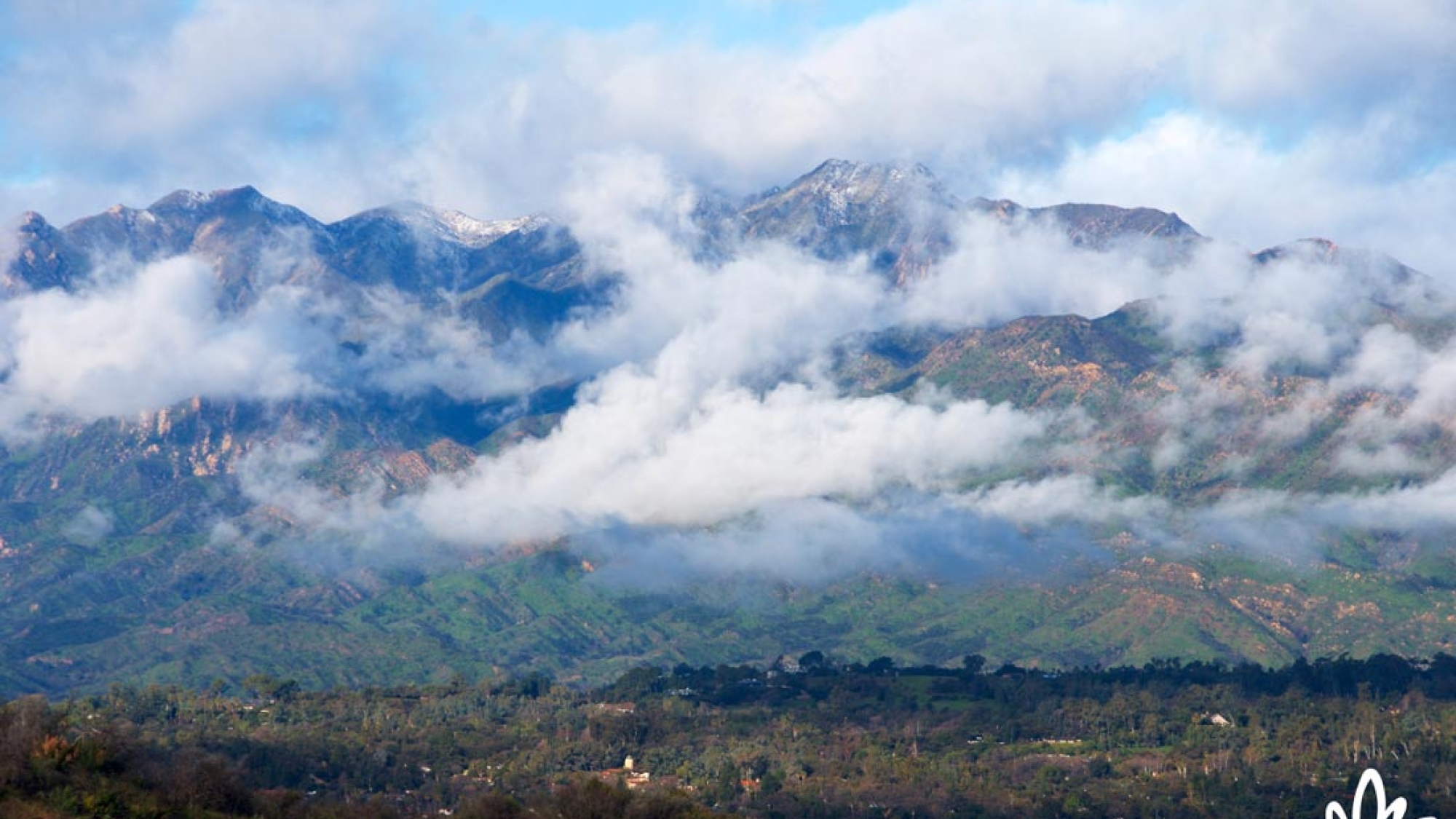 Why is Ojai such a magical place? One reason is the vortexes.

In December of 2017, a massive ring of intense wildfire surrounded Ojai. The blaze, called the Thomas Fire, was on a rampage, burning up everything in its path of destruction through Ventura and Santa Barbara counties. Evacuation orders went out as the fire overtook the entire Ojai Valley, sparing only the village itself, as it roared all the way to the beach and back. Locals know that the seven vortexes in the valley provided protection for the town.

So what are these vortexes that create the mystical energetic charge of Ojai?

First we have to take a look at Ojai’s Dragon, a geo-metaphysical force of nature.

Every major ancient civilization tapped into Earth’s electromagnetic field in one of three ways:

(1) Through ley lines—the energy channels of the Earth’s geomagnetic field. These lines, often running above fault lines, caves, and water, were historically sacred spots for the most important structures in a community.

(3) Through Xuan Kong Feng Shui—the geological sister school to the science of acupuncture that uses Earth’s magnetic points to pinpoint where Qi, the life force energy, is released. Natural landforms are identified as special places that create a powerful energy of transcendence. And here is where Ojai’s Dragon comes in.

Ojai’s big Dragon is a large mountain range, bounded by water, that encircles the whole valley and “brings heaven to Earth.” The big Dragon has an entourage—four Divine Celestial Animals with their own powers connected to the mountains that release Qi. Each mountain corresponds to a constellation as seen in the ancient Chinese skies. In the north is the Black Tortoise, a “guardian spirit” that protects the community; in the south is the Red Bird Phoenix, which generates luck for the future; in the west is the White Tiger, which generates powerful Qi for women; and in the east is the Azure Dragon, the leader of the celestial animals, which generates Qi for men.

Different places in the valley are influenced by different types of Qi as the geophysical setting generates tons of deep-earth energy.

Ancient sandstone and shale landforms direct the air from the pristine places above Ojai into the whole valley, and since the valley runs east to west, the lines of energy flow in a gentle path all around the valley, making Ojai a “rare Feng Shui jewel.”

When matter—in the form of water, wind, dust, or magnetic fields—moves, it can move in circles and begin to spiral, forming a vortex. Think of those satellite images of hurricanes, where you can see the rotation of the spiral energy. The giant mass of planet Earth rotates around its axis and creates two huge vortexes from the North and South poles—the magnetic poles of the planet. There are four major vortexes created by Earth, but there are also millions of smaller ones.

How can you tell if there’s a vortex in your area? If you see a tree that has bark spiraling upward, you’re probably inside a vortex. Or if you’ve ever seen a lawn with a perfect super-green round area, there’s a vortex underneath it. Ancient stone circles often had their stones placed around the perimeter of a vortex, as these sites emitted such strong energy that they were considered sacred.

In Ojai, you can feel the magnetic pull of the vortexes that come from the natural land formations and from the minerals in the water that is around and underneath Ojai. It’s always a good thing to have the protection of the Ojai Dragon against the wild forces of nature that could seek to destroy this powerful spiritual location, as well as the spiritual boost it gives you to be in a place with such high energy.

Both residents of Ojai and visitors there can feel the energy of the geomagnetic vortexes and the pull of the Topa Topa Mountains. Come be part of the flow when you join me in Ojai for our “Hallowed Reunion” retreat, would love to share this amazing place with you!