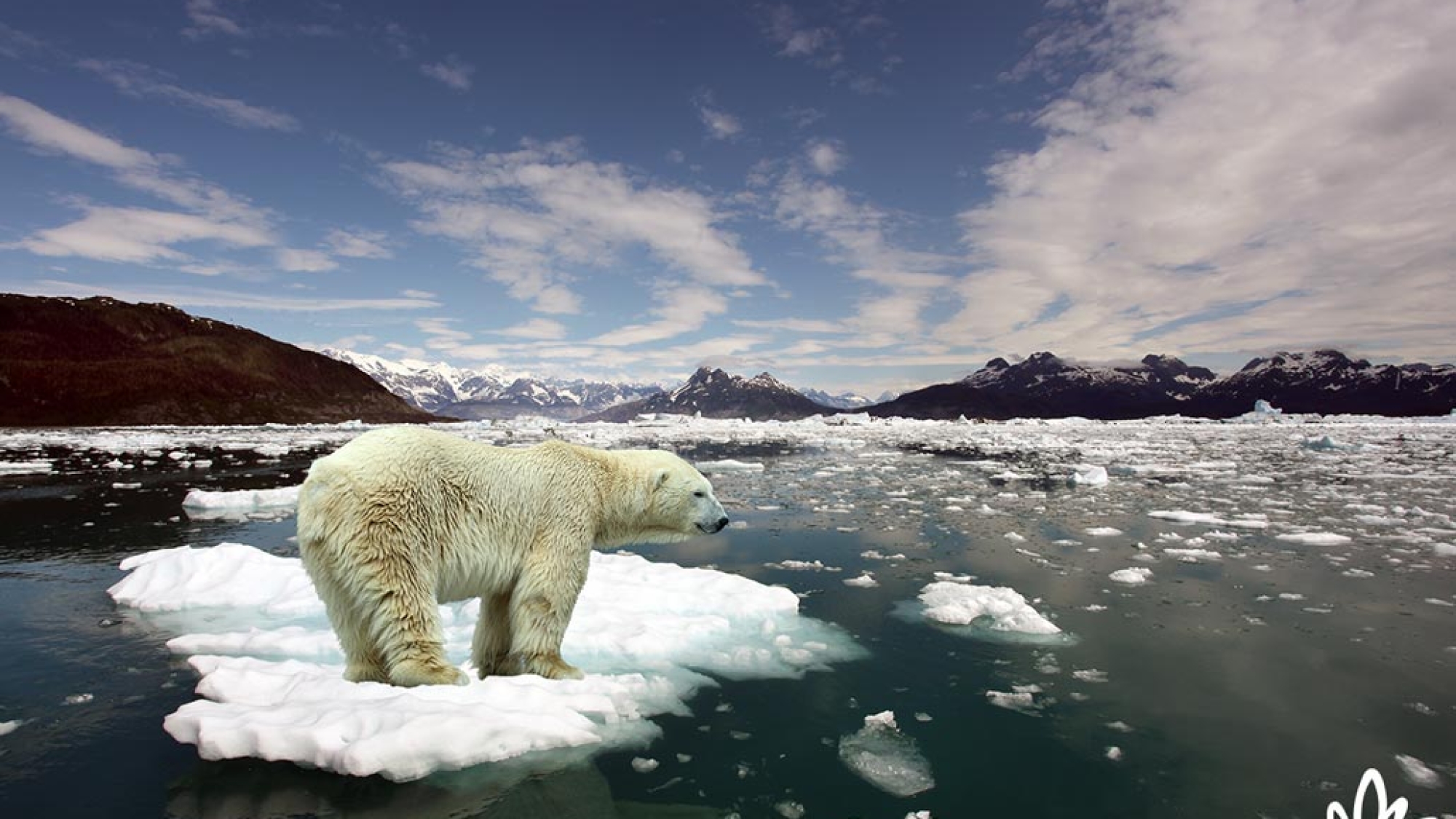 Here’s a scary thought: what if reincarnation is real and in your next life you will be living on a planet that’s been decimated by global warming? If you don’t believe in reincarnation, just think about what it’s going to be like for your kids/your siblings’ kids/your friends’ kids.

Cities you once knew and loved under water. No snow in Alaska. Even the mighty dollar couldn’t save Wall Street as lower Manhattan sank beneath the waves. Whole swaths of what was once farmland are gone, burned to a crisp by the unrelenting sun or swallowed up by rivers permanently overflowing their banks. Florida is a thing of the past. Category 6 hurricanes have leveled all the Caribbean islands, making them uninhabitable. Wildfires have destroyed the last remnants of California and the Rockies. Whole species have vanished. Drinkable water is scarce.

It’s an apocalyptic horror movie. And we see the early warning signs everywhere we look.

Scientists all say that the Earth’s climate is warming up. Glaciers are melting, causing oceans to rise. Your local climate might be getting colder winters with bigger snowstorms, while other places get torrential rains, or more powerful hurricanes, or unbearable heat.

The Earth’s climate is always going through changes over long periods of time. Some of those changes are natural. A volcano erupts and darkened skies cause cooling. But we humans are also changing the climate, and on a much vaster scale, with our cars and trucks, with our heating and cooling systems, airplanes, cooking, all through the use of fossil fuels: coal, oil and gas. And let’s not forget methane from cattle, another giant problem that comes from our outrageous demands for beef. The greenhouse gases that enter the atmosphere cause the air to heat up, and change the climate; we call it “global warming,” both locally and around the planet. Carbon monoxide, the main heat-trapping gas, stays in our atmosphere for centuries.

We still may be able to limit the worst effects of climate change, but only if we can reduce the amount of greenhouse gases going into the atmosphere, and by learning to adapt to the changes that are already in motion. And because it is an exceedingly complex global problem, we all have to agree to cooperate with each other. And to forego the pre-eminence of the profit motive over the welfare of humanity as a whole.

So what can you do? Each one of us needs to take a step a month. I just got solar. Maybe you can go for an electric car or plant a tree. Trees have an almost magical ability to pull carbon dioxide out of the air and capture it, and, in exchange, to release oxygen into the atmosphere. They clean up our mess and provide pure breathable nourishment. It’s the reason everyone was so horrified at the massive burn in the Amazon rainforest, which has been likened to the lungs of planet Earth, providing carbon offset and a source of clean air.

But did you know about The Great Green Wall of Africa? This initiative, along 6,000 miles at the edge of the Sahara desert, will eventually be the largest living structure around the world. The local population was facing the impact of climate change with long-lasting droughts, not enough food, and there was fighting over the remaining natural resources, so they decided to plant trees—a lot of trees. A decade after it was started, those trees are growing fertile land, providing food security for millions of people, refilling wells for improved water security, empowering women with new work opportunities, giving families green jobs with real incomes. Here, where temperatures are soaring upward faster than anywhere else on the planet, the Great Green Wall is a symbol of what can be done to support the Global Sustainable Development Goals.

Earlier this year, a million Indians planted 220 million trees in one day. A few years earlier, 50 million saplings were planted in a single day. Last year, China assigned 60,000 soldiers to plant trees in the province that circles Beijing, an area the size of Ireland, in hope of combatting some of the smog that frequently blankets the city. In the U.S., organizations like The Nature Conservancy are tackling climate change through natural solutions—growing trees, protecting grasslands, restoring wetlands, and improving agricultural practices and soil health.

There are so many ways to be part of the solution. Join me on Thursday, 10.24.19 at 2:00pm on Facebook Live to learn of other ways you can have a positive influence on the future of our planet, she’s all we have!