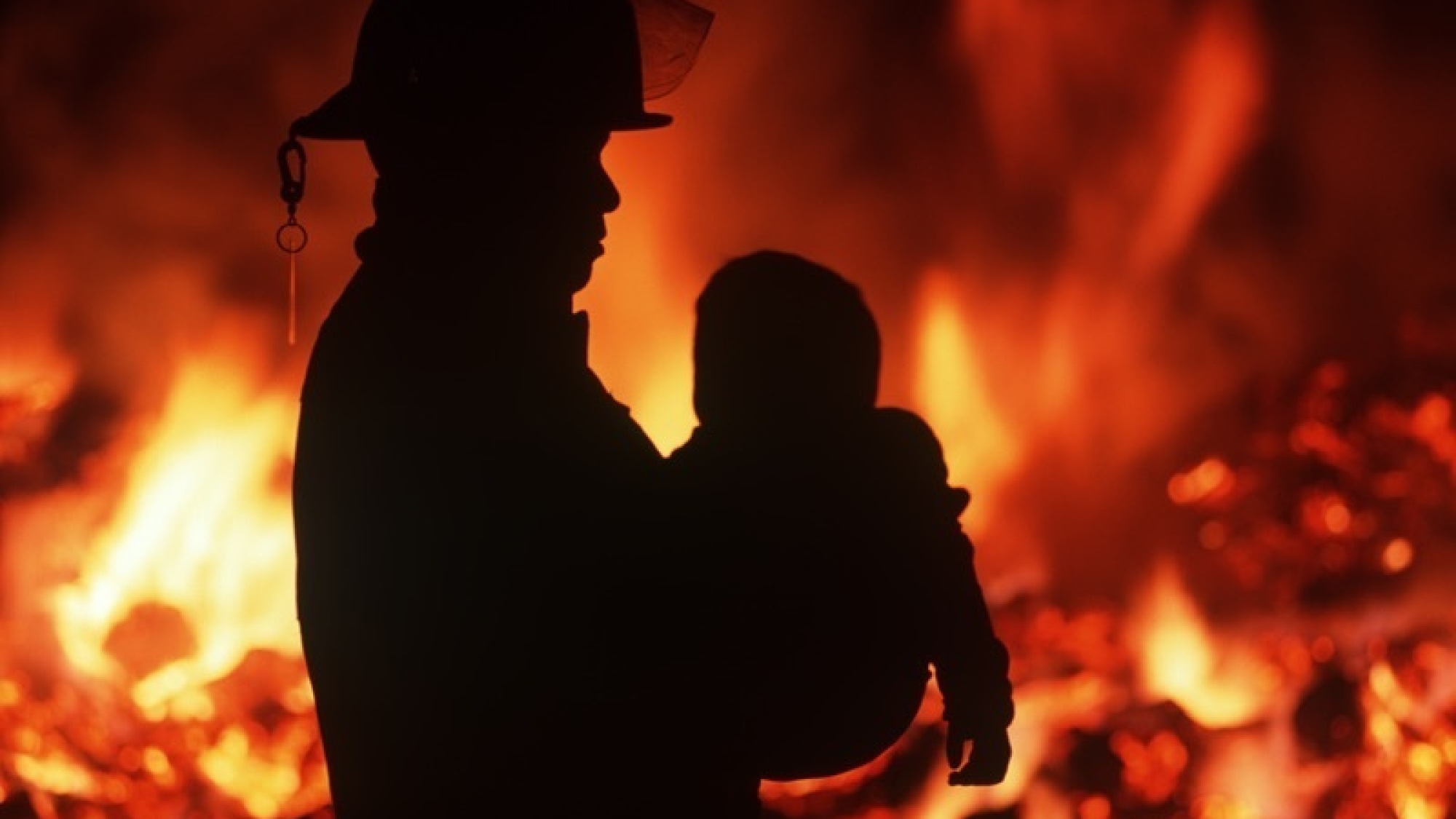 Three hundred square miles of California is burning. I’ve lived here my whole life and I’ve never seen a fire like this one, with over 3,500 homes destroyed and dozens of lives lost. I know what it feels like to have to evacuate, to get away from the smoke that fills your lungs and chokes you, to wonder if you will have a home to return to. Imagine losing everything—every “thing” you possess: your clothes, your photos, your electronics, your furniture, everything from your toothbrush to your car gone up in smoke. It can happen not only from fire gone wild, but also from water and wind, as in Puerto Rico, or Texas, or Florida. And you don’t need much of an imagination to understand that these superstorms are no longer rarities, but are what we can expect to happen with more frequency and ferocity.

Mother Earth is not happy with what we have done to her and isn’t going to take it lightly any longer. We have heated the planet, changed the ecology, poisoned her component elements of sea and sky and land, destroyed her biodiversity, and set ourselves on a catastrophic course of destruction. What can you do about it?

Passing through an area in northern California, on one side of the road I saw the smoldering remains of a forest fire; on the other side I could smell the smoke from another fire, mostly homes, that was still not contained. Californians know all about the autumnal “fire season.” But these aren’t the usual wildfires, so common at this time of year. My home state is in flames, with over 21 fires burning and the wind coming up again today. The fear is that these fires will merge into major infernos that cannot be contained.

The Atlas Fire is still scorching Napa Valley’s cherished wine country, and the huge Tubbs Fire has taken out whole neighborhoods in Santa Rosa. Entire towns are potentially in the path of walls of fire and are being evacuated. Tens of thousands of people have had to flee the flames that are hungrily gobbling up thousands of homes and businesses, forests, and the lives of at least 23 people (with numbers sure to rise). GoFundMe appeals are already online to help families who have lost literally everything. The Diablo winds (known as the Santa Ana winds in southern California) are fiercer than ever, hampering efforts of thousands of weary firefighters as the winds blow fiery embers flying over a mile. These hot dry winds, which pick up at night, can reach almost hurricane-type strength; Sonoma County recorded winds at 79 m.p.h.

We are seeing this new breed of unnatural “natural” disaster everywhere. Floods in Texas. Hurricanes in Florida and the Caribbean islands. Fires in the West of the US. No matter how many “deniers” there are out there, scientists agree: climate change is a major factor. We were warned that climate change would produce superstorms, and here they are. The pictures of California after the fires look like the ones from Puerto Rico – total devastation. And who knows what kind of mayhem the next winter will bring?

California has some of the most potentially dangerous severe fire weather in the U.S. Wildfires are fed by dry air, high winds, and low humidity. This past summer broke the records for heat. More exceptional heatwaves and more severe droughts set the stage for more intense fires. Even those heavy summer rains couldn’t alleviate the effects of five years of drought and provided lots of new growth for kindling. In Texas, Florida, and the Caribbean, hotter gulf and ocean waters made for bigger and more severe hurricanes.

A 2012 study1 published in the journal of the Ecological Society of America, found that climate change will produce “as much as a fourfold increase” in wildfires as the Northern Hemisphere warms, with fire even reaching the Arctic, which will grow more plants capable of burning as the frozen northlands thaw. And the Gulf jet stream, also affected by climate change, isn’t delivering enough moist air and rain from the Gulf of Mexico north into the U.S. mainland. Forests absorb some of the carbon dioxide that comes from burning fossil fuels, which then leads to more warming and therefore more wildfires. More intense winds from storms (witness this year’s hurricanes) knock down “slash fuel,” the fallen branches that provide kindling to forest fires; chaparral scrublands contribute to deadly crown fires.

And the size, severity, and frequency of these fires are increasing over the years. The “wildland-urban interface” (WUI), as the U.S. Forest Service calls the places where homes have been built in what used to be wilderness, directly impacts wildfires and requires more resources to fight them. As of a 2010 study 2, almost 44 million houses were in the WUI, especially in California, Texas, and Florida. Houses are encroaching on once pristine natural landscapes, and lives are in danger. The fires that are still raging can shift direction at any time, giving people barely moments to escape the onslaught and the sheer terror of being burned alive.

What does the future hold? When will the consequences of ignoring climate change be acknowledged and acted upon?

As a spiritual teacher, I have to speak out. The time has come when we all have to take action. Especially since we are in the grips of a government intent on destroying what small efforts we have made toward protecting our environment.

Are you passionate about saving the environment—the air, water, soil, plants, animals, and people that make up life on earth? What can you do? You can offset your carbon footprint. You can power your home with green energy. You can support any of the more than 170 organizations in USCAN, the U.S. Climate Network. You can drive an electric or hybrid car. You can eat less meat (which uses the most resources to produce). You can light your house with LED light bulbs that use 80% less energy. You can follow the U.N. guidelines for climate action. Most of all, you can speak up. Learn the facts about climate change and share them on social media. Call your elected local, state, and federal representatives to get them moving in the direction of tackling this huge problem before it’s too late.

This article was originally published on the Huffington Post.