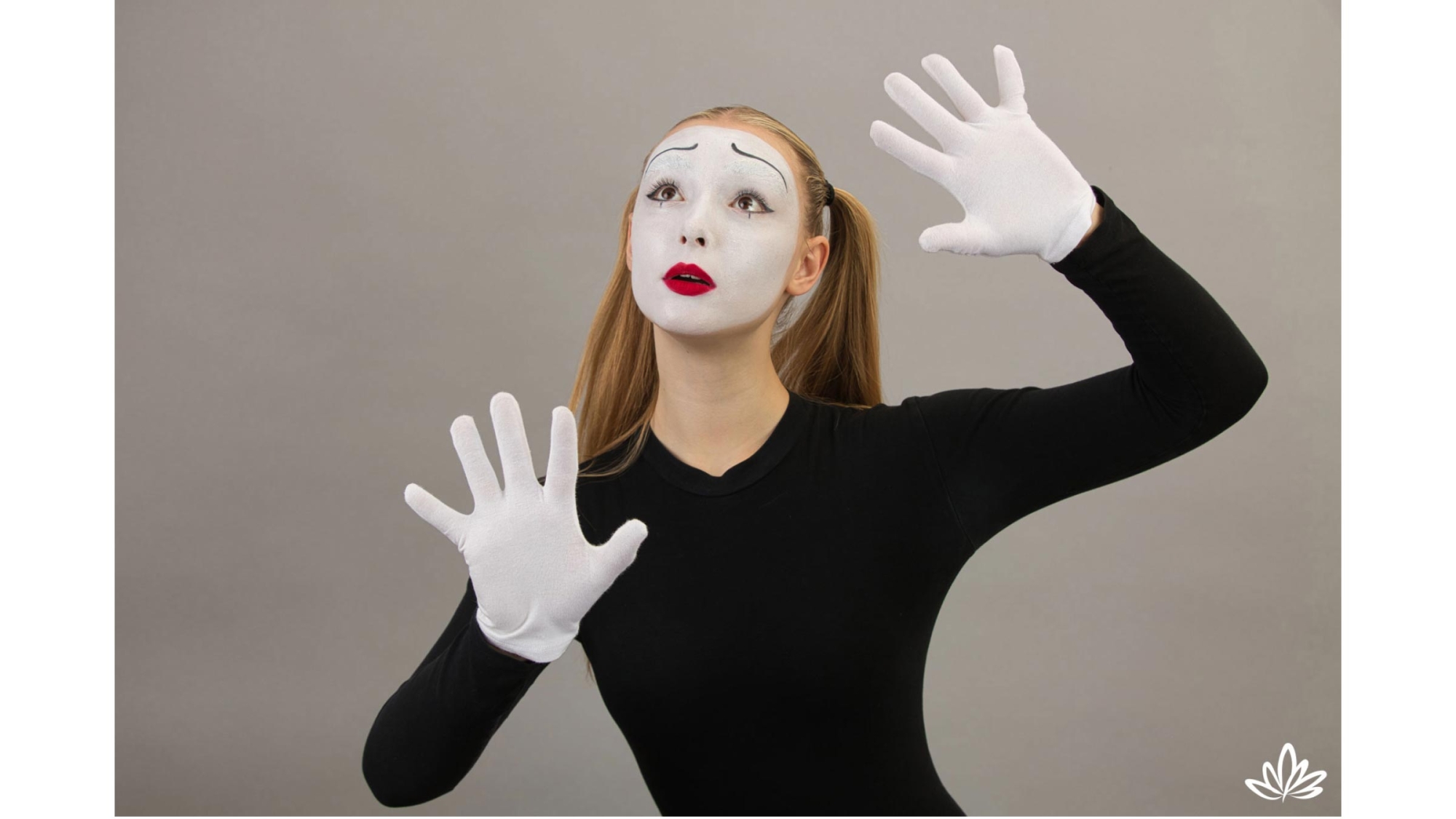 Come learn why what you think is holding you back isn’t real and how to overcome it.

He was correct, of course. But why?

As it turns out, your mind is the creator of your reality, of your manifestation abilities, and of the results you achieve when you decide on a course of action (or inaction). And when you tap into Universal Mind/Source/God (or whatever you call That Which Created the Universe), your understanding of reality expands, and you realize that mental barriers are mere illusions. Unlike physical roadblocks and walls, most barriers between you and your cherished goals are only as “real” as you allow them to be.

It wouldn’t be the first time.

Roger Bannister ran a mile in under four minutes for the first time in recorded history just 62 years ago, but shortly after, several other men managed the same feat, and since then 1300+ other individuals have beaten his record simply because he proved it was an achievable goal.

Jane Goodall was the first woman to study wild primates (in her case, chimpanzees) in their native habitats. Nearly everything she discovered about them was exactly the opposite of what science had previously understood. Jane was quickly followed by Dian Fossey, who studied gorillas in their habitats, and Birute Galdikas, who studied orangutans in theirs.

Or how about one of my heroes, Alex Honnold, the free solo master of the universe? I climbed El Cap back in the early 80’s. Well, I tried to climb El Cap would be more accurate! My husband, Eric, I, and another guy, were a rope of three, and when we left the ground on October 20 for what was to be the typical at that time four- or five-day ascent, it was so hot that the rock literally burned the skin right off of our fingers when we tried to get a hand-hold. There was a 3-man Japanese team just above us, and as the day went on, we conversed with these guys. At the end of the first day, there’s a pendulum, and once you swing across it, you have to commit to go to the top; there’s no way back. We all discussed our options at the base of the pendulum. The Japanese climbers decided to proceed, talking about how they had spent every penny coming all the way from Japan for this one chance to climb what was then the hardest rock climb on the planet. We three, on the other hand, lived not far away, were already running dangerously low on drinking water, and we elected to rappel back down the face.

That, in and of itself, was incredibly dangerous, as it’s actually harder to climb down than up! We finally made it to the bottom in the dark and were so tired we laid down right there on the ground at the base of the mountain to rest. Overnight, a storm came in from the west that we couldn’t see approaching (this was long before weather apps), the temperature dropped radically, and by noon that next day it had started to snow. The Japanese team got trapped up above and died from hypothermia. I didn’t mean to tell you such a tragic story, but when I think of El Cap I always remember that! I meant to tell you about Alex Honnold, who just 3 years ago, did something that mankind thought totally impossible: he climbed all of El Cap free solo – that means he did it without a rope! Now that it’s finally been done, someone for sure will follow in his footsteps, as once something has been done, we all know that it’s doable, and that makes it a lot easier.

Can you image the vibrational levels and serious commitment of a high achiever like Alex Honnold? He and other high achievers must have been off the chart on numerous occasions as they pursued and achieved cherished goals that had never been reached before.

The bodies of all animals, including our own, are composed of water, minerals, and vibrational energy. Since we’re more than 60% water, we vibrate with the energy that courses throughout our bodies to communicate its signals and wisdom to our physical structure. This is why manifesting new realities and outcomes is within our control.

Let me share a true story to illustrate this point.

As a teenager, one of my students, whose first name is Karen, lucked out and saw her favorite TV actor in person. The actor actually connected for a moment with Karen; she wrote a piece for her English class about her experience during those glorious few moments standing next to his open convertible before it left curbside to join a parade. The article she wrote was so inspiring that her English teacher convinced her to send the actor a copy of it. When he and his wife read it, they submitted it to a well-known TV magazine, and it was published. The actor wrote to give Karen the good news and when it was published, she was in heaven. She wrote to thank the actor for submitting it for her and he wrote back saying he hoped it would help her in some way.

But then, a series of evolving dreams began to happen for Karen. In these dreams, she found herself sitting in the living room of the actor and his wife’s home as they chatted about the most mundane things imaginable in a very family-oriented sort of way. Although she had no contact with the couple during all this time, her mind kept prompting her to reconnect with them.

Long story short, when the 20th anniversary of this guy’s TV show came around, Karen learned that the actor would once again be in her region, and by now she was an adult and a successful professional writer on her own account, so she wanted to thank him and his wife for launching her writing career two decades earlier. She attended the 20th anniversary convention, where they connected again, at which time the celebrity couple told her that they had always wondered what had happened to her. They gave her their home address and insisted that she reconnect with them and suggested she send them some more of her writings.

So these two brief exchanges were just the beginning of a friendship that would grow to a point where Karen would become the TV star’s personal assistant. She moved to Hollywood, where he helped get her foot in the door, writing for TV, and their relationship became just as father and daughter-like as it had been in her dreams. Karen was at his bedside when he passed and had become one of the couples’ most trusted friends.

Karen listened to her intuition and dreams and acted on them, not expecting in her wildest imagination that her gratitude for their kindness and encouragement would evolve to a point where she was able to become a source of love and support to them just as they had been to her across the years.

The moral of this true story is that you need to pay attention to the promptings that come your way. It’s all too easy to write them off as wishful thinking or wishful lucid dreaming, but they are in many cases divine guidance leading you to the places where you can both give and receive the richest experiences and rewards.

And here’s a tidbit from one of my own experiences. When I was ten, my mother registered me to attend a tennis camp. Upon my arrival at the camp, the man who ran it summarily told me that because I was left-handed, becoming a tennis player would be totally uphill, and I should give up now. Well, you know me! I rejected that prophecy about my potential and became a pretty decent tennis player. So, when others try to place barriers in front of you, attempt to discourage your goals, or even derail them, don’t listen to them. Evict the nay-sayers and instead listen to the yay-sayers in your own head, in your life, and in the spirit world that surrounds you. Always remember that if you’re passionate about something, there’s a reason for that. Your inner promptings will never fail you.

Which of Your Perceived Barriers are Illusions?

Ask yourself: was there someone you loved very much, believed in, and deeply trusted to have your best interests at heart (like a parent) who was worried that you were choosing too difficult a goal to be able to achieve it, and kindly (or not so kindly) steered you to something more likely to succeed?

It happens a lot.

Many parents are so invested in their children’s eventual success in life that they inadvertently steer them toward career paths or partners that don’t nurture their essences. Fulfilling other loved ones’ prophecies for your life can become horrendously frustrating very quickly, or later on when the loved one passes on, and you no longer have them to satisfy or to smile at you for reaching the goal they wanted you to embrace.

Ways to Break Through Illusory Barriers

Listen to your own Wisdom

Your Higher Self and spirit guides know why you came here every bit as much as you do. No one chooses a path that is beyond their reach. If your heart and spirit are set on something, there is a way to obtain it.

Three Ways to Raise your Vibration

Below are 3 ways to blast through any illusory barriers:

As long as you have a beneficial, beneficent goal, consider it already yours. Walk in that vibration of achievement and Source will conspire with you to manifest it not just to your benefit but to the benefit of all living beings everywhere.

You are protected, treasured, and supported. Don’t be afraid. Step out with confidence and the certain knowledge that whenever your goal is worthy of manifestation, you will receive the support and tools you need to reach it.

That simple intention and its vigorous vibration will carry you over every hill and through every illusory barrier that presents itself to you.

Achieving your dreams is a matter of listening to your intuition rather than the fear centers of your brain. And right now, you can home that skill by joining our bestselling Medical Intuition course. You can learn more by clicking here >>