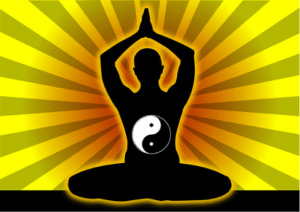 We’ve all heard a lot about the Divine Feminine as women have become more aware of how the connection to the “goddess within” empowers them, but what has happened to men’s awareness? Have they been so ensconced in their patriarchal positions that they haven’t needed to connect to divine masculine archetypes? Men, it seems to many women, have been the problem in their lives, not their divine counterparts.

Before the Western world congealed around the big three patriarchal religions—Judaism, Christianity, and Islam—there were multiple gods and goddesses. Both had their roles, and both were divine reflections for men and women. Early Jewish tradition included the worship of the goddess Ashera along with the male Yahweh. Early Christianity gave far more importance to Mary Magdalene as the disciple Jesus loved best, before her subsequent demotion as a prostitute would indicate. When God became a distant, jealous, and vengeful male deity, women were relegated to supporting or demeaning roles.

In the last decades, the goddess traditions have come into their own for many women. And as these women grow stronger in their self-esteem and honor the divinity within themselves, they look around and wonder where the men are who will accompany them on their journey toward wholeness. What would those men be like? Even more than that, what does the divine masculine look like—in both men and women? Let’s take a brief look at the archetypal energies of the divine masculine, which include the King, Priest, Sage, Warrior, and Lover.

The King (in his fullness) has unyielding strength of character and inspires and unites his realm, which he serves alongside his Queen, who is an equal partner. He brings order and safety, combining strength with right action and wisdom. He is a stabilizing force and can calmly support and nurture the well-being of those in his care. He has a transpersonal selflessness, like a kind-hearted father. He knows that everything changes, everything is as it should be, and there is nothing to fear. This benevolent leadership is seen in men like Mahatma Gandhi, the Dalai Lama, and some CEOs of companies that take into account the well-being of their employees as well as the well-being of the planet.

The Priest archetype is that of spiritual awareness directed inward—the insight needed to aid in the enlightenment of the self. He facilitates between the physical and spiritual worlds, between the personality and the Spirit. He knows how to transmute energies and to reach a higher perspective. He is not pushed or pulled by inner or outer storms.

The Sage is closely aligned with the Priest, but adds the aspect of dharma, right action. He is detached from the flow of ordinary life, choosing to be wise about whatever is needed for harmony. He is connected with spirit while staying grounded in his connection with the earth, the source of his wisdom. While the Priest is focused inwardly, the Sage’s service is outward, manifesting the wisdom he channels.

The Warrior archetype is the most honored by the mainstream patriarchal society, but not in his fullness. The true warrior is a protector, not an invader. A true warrior has the courage to serve the highest good, even when it challenges him personally. In other words, he is loyal to the greater good beyond any chance of personal gain. He fights “the good fight”—the inner battle with his own ego. He makes you feel safe, not oppressed by his protection.

The Lover is a primal archetype, often misunderstood. In his fullness, the Lover is a man of heart and wisdom, combining Eros and Spirit—the urge to bond and unite. He is passionately engaged with life and interested in all forms of sensuality without shame. You can touch his mind, body, and soul. He appreciates beauty in all its forms. He may be a good husband and father, or head a non-profit working to heal the world.

Wholeness, of course, doesn’t separate the divine masculine and the divine feminine into the male and female genders. Wholeness requires that both our inner feminine and our inner masculine are balanced. It’s not just men who need to honor the divine feminine within themselves as well as in their women, but women also need to honor the divine masculine in themselves as well as in their fathers, husbands, sons, and lovers. Let us evolve in consciousness so we transcend the duality of male and female and honor both Isis and Osiris, Radha and Krishna, Mary and Jesus, yin and yang as they live within us in harmony and balance and true divine love.