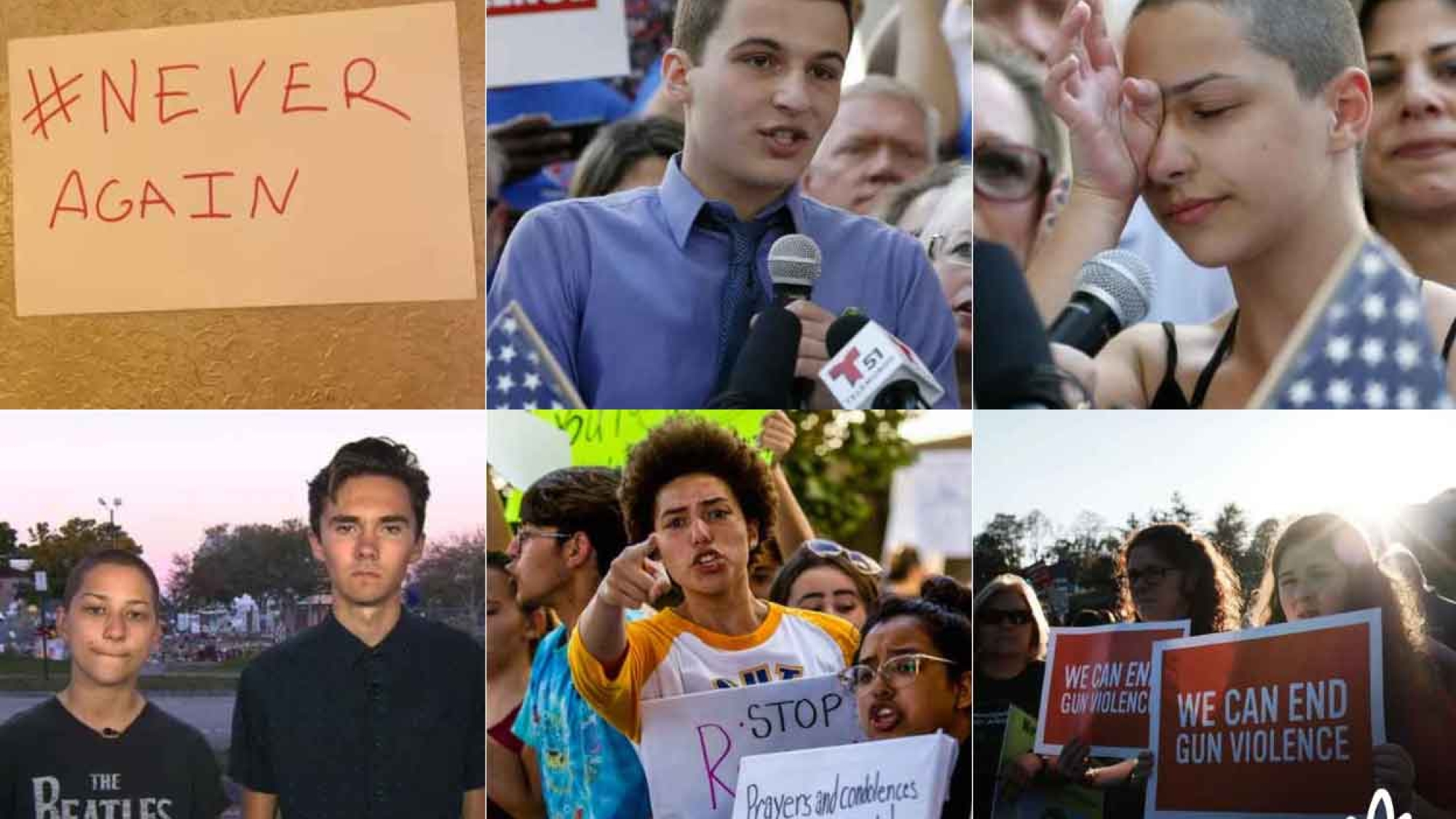 This old saying, familiar to most all of us, has in the aftermath of last week’s tragedy in Parkland, Florida, been given new meaning that is unlike anything we’ve witnessed before in our history. The children of Parkland are showing themselves to be articulate, informed and committed young adults, and in so doing they have given us a gift of profound significance:

Hope that maybe this time will be different.

It sure feels different this time. Boomers like me are reminded of Peter Finch in the 1976 Sidney Lumet classic Network – these kids are mad as hell and aren’t going to take it anymore.

That anger and fear has resonated with people of all beliefs and political persuasion.

From the mouths of babes hope that their efforts will serve as the long, overdue and desperately needed catalyst for change, and not degrade into the inactivity we fear and have seen countless times before.

But there is much more than that – these kids are serving notice of a refusal to tolerate anything but that this time will be different. Because it must be the start of a movement. It is simply inspiring.

Their determination is to make a difference, and with that comes the refusal to accept lack of action. This should make the special interests so deeply invested in preservation of the status quo of guns very nervous indeed.

Confronted with horror and tragedy that defies words, these kids are taking action, and no one should be misled by their youth and inexperience. Yesterday’s ‘lie down’ in Washington, D.C., was only a preview of what we can expect with their announced March on Washington tentatively scheduled for March 24th.

They’re serving notice, and the implications are sobering.

Consumed by the Russia investigation and sexual misconduct scandals, the administration shouldn’t view this as a welcome changing of the conversation. Be careful what you ask for.

No, these kids are changing the national conversation in ways few imagined possible, because this is the long-awaited outpouring of the national heart and conscience with a vengeance. Demanding that all elected officials that refuse to support sane, common sense gun sales regulations and background checks are being put on notice and should be worried.

Focusing on the wise and timely idea that it’s time to take steps that prevent the mentally ill and individuals on watch lists, as examples, to purchase weapons.

These wise kids are committed to having the conversation that every generation, from theirs to the boomers, has feared we’d never have. Consideration of such topics such as whether the school shooting weapon-of-choice, the AR-15, a weapon whose purpose is mass killing, even belongs on our streets, and if 18-year-olds should be able to buy one as easily as a DVD.

Yes, wisdom out of the mouths of babes that offers hope when it is in such short supply yet needed more urgently and desperately than ever.

If it seems ‘divinely-inspired’, it should. The origin of this old saying can be traced to the Bible.  Matthew 21:16 and Psalms 8:2.

Our children may be inexperienced, but they’ve seen enough and know enough to rescue us from ourselves, and for that they deserve our thanks, admiration, and support. Join me in insisting that all our politicians come out in favor of responsible gun laws.