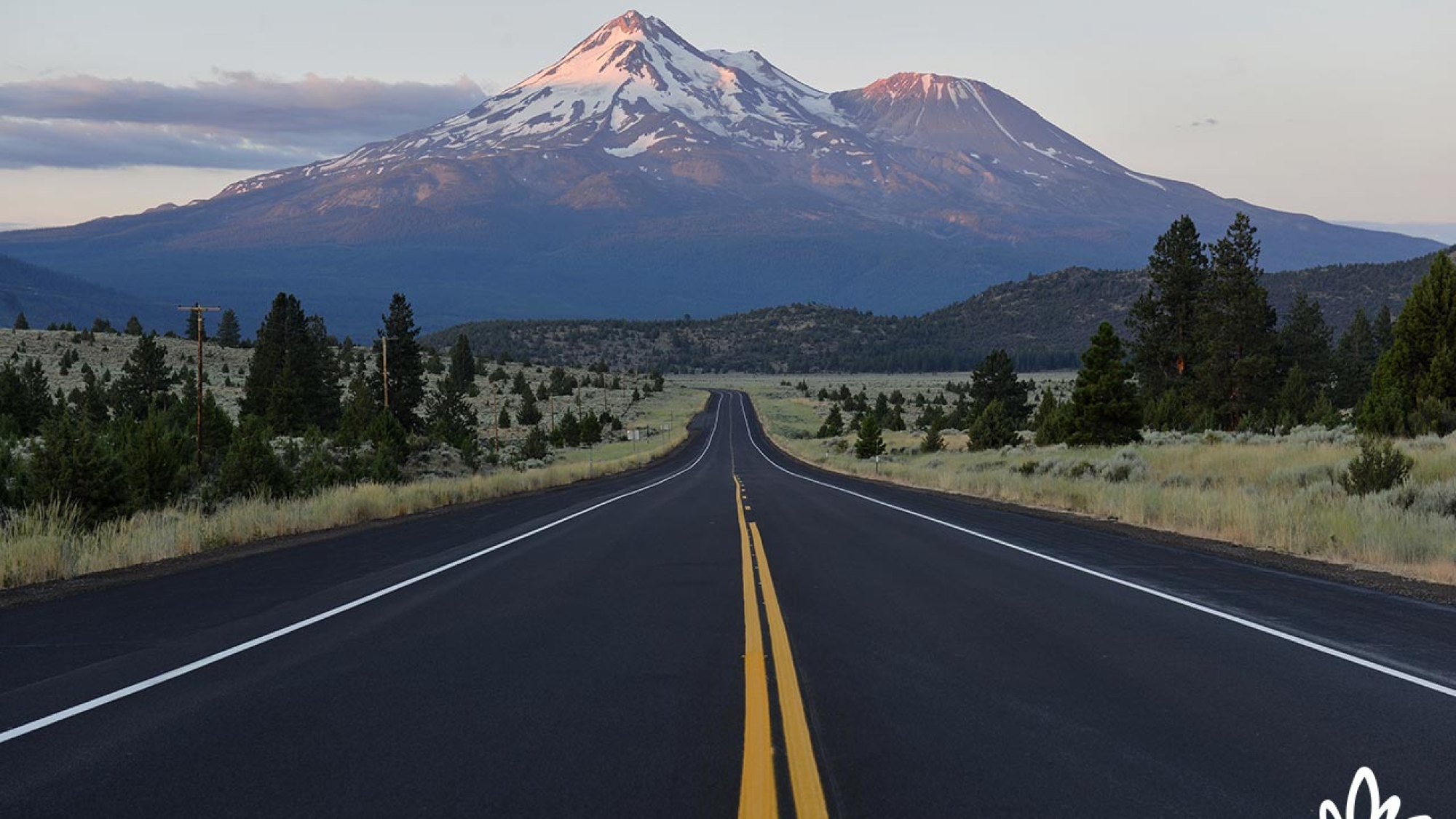 This summer the hope was that we’d be able to travel again, hold in-person events, and get back to the life we once knew. But it seems like we’re not quite ready to come out of retreat, so instead we’ll be traveling to sacred sites around the world in our imaginations. No passport needed.

Let’s start from my home ground. The first place I’ll take you to is Mt. Shasta, in northern California, one of the earth’s seven sacred mountains. I’ve climbed to the top twice, once on skiis; both times, I went into the cave on the summit to connect with the spirit beings there. Long considered the most sacred site in the U.S., Mt. Shasta radiates such strong frequencies that you can connect with its dynamic light and experience its extraordinary vortex of energy, the most powerful on the North American continent, without ever leaving your front door.

Shasta towers above the Cascade foothills, a 14,162 foot volcano that is part of the Pacific “ring of fire,” held in place by five glaciers that surround it.

Mt. Shasta has always been considered sacred. And no wonder why. Satellite images show the atmospheric hole that rises over its peak. Strong forces in its geography create steam vents, electrical centers, caverns, both hot and cold springs, and sites that have been important for purification and spiritual development forever.

Artifacts found in the area of the north sides suggest that it has been inhabited for over 9,000 years. Native peoples considered it to be the center of creation. They say the Great Spirit opened a hole in heaven and pushed ice and snow through it to create the mountain, and then the Great Spirit descended to earth and took up residence on Mount Shasta.

Everywhere Great Spirit touched his finger, trees sprang up. He created birds to nest in the trees. Rivers and streams were created by melting snows after the Great Spirit called upon the Sun. Twigs went into the streams that came from the melting snow and the twigs became fish. Tree branches that fell in the forest were turned into animals. (The Wintu tribe of Mt. Shasta yearly invokes the spirit of the mountain and dances to make sure the sacred springs still flow.)

The Great Spirit’s daughter fell off the mountain and grizzly bears raised her. When she married one of their clan, their children became the first humans.

But it’s not only the native population that views Mt. Shasta as sacred. Many believe Shasta to be inhabited by Lemurians, the highly advanced people who brought crystals to Mt. Shasta from their homeland when it was destroyed by volcanos. Spiritually advanced seekers have reported these beings as tall and graceful, with large heads and foreheads. This mystical brotherhood is said to live in the subterranean city of Telos inside the mountain, which is reached through a secret tunnel.

The ascended masters talk of meeting Master St. Germaine on the slopes of Mt. Shasta.

And the Archangel Michael is believed to have his base here.

Visitors often have strange experiences on the mountain, like seeing mysterious lights coming from inside the mountain, glowing energy fields, other-worldly visions, and sounds.

New Agers, Lemurians, mystics, angels, and spirit guides are not the only visitors. UFOs have been frequently spied ascending and descending to the mountain. The lenticular clouds that grace Mt. Shasta are said to hide the movement of space craft.

When you consciously connect to Mt. Shasta, you can come into contact with the intergalactic Confederation of Planets for our corner of the Milky Way Galaxy. Mt. Shasta is considered to be the place where the Light-Grid enters this planet.

A medicine man of the Karuk tribe (believed to be the oldest tribe in California), Charlie Thom Sr., has said: “Walk softly on Mount Shasta. Talk to it and pray upon it. It’s your mountain as well as our mountain.”

So enjoy your inner journey to Mt. Shasta. Climb its slopes, marvel in its beauty, bathe and purify yourself in its sacred springs, and pray for guidance from the spiritual beings that call this sacred site their home.

I’d like you to join me for a guided trip to this sacred location. Relax and enjoy your trip, as we travel together to Mt. Shasta.