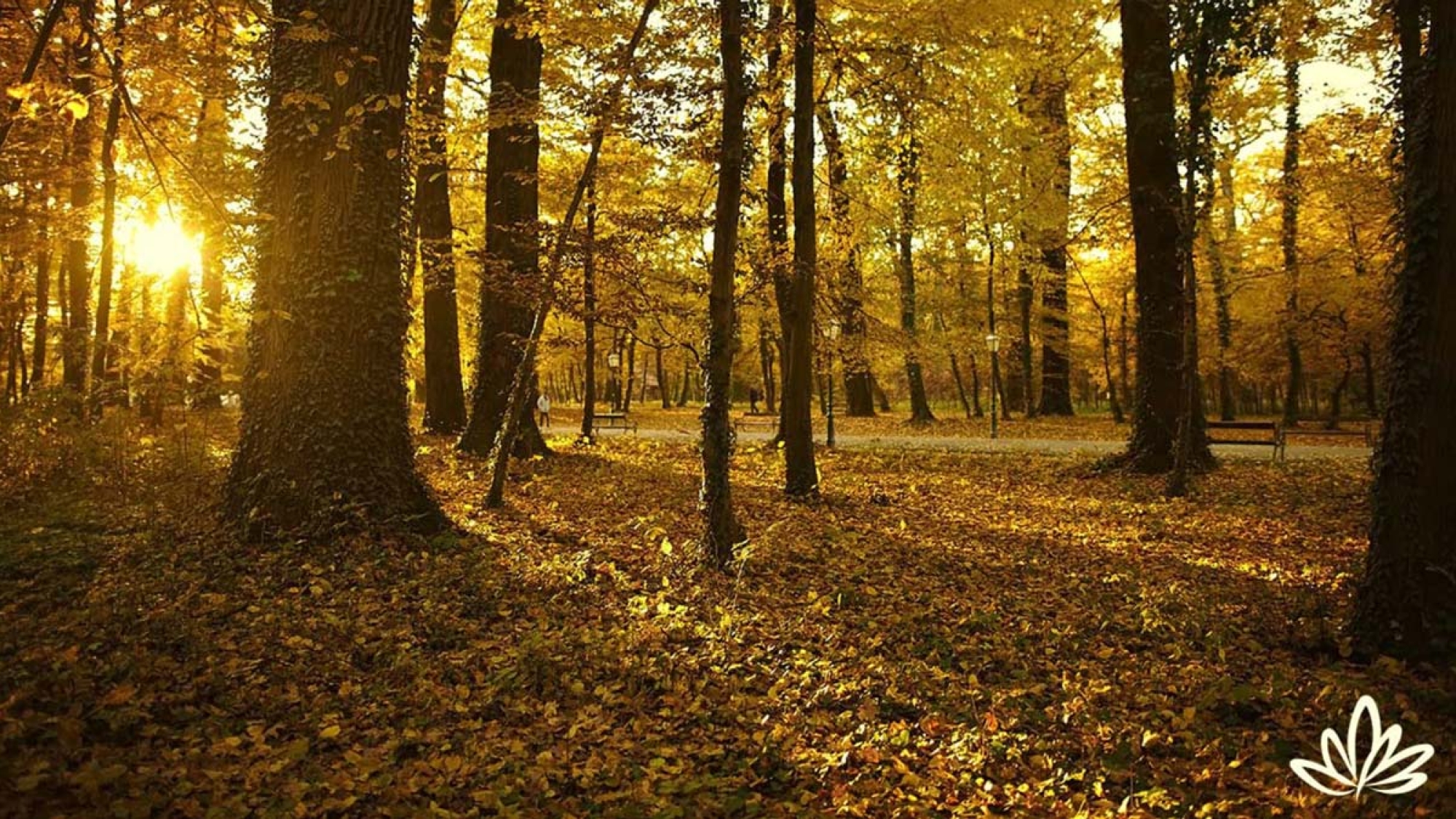 Scientifically, in the northern hemisphere, the autumn equinox is the date when sunrise begins to happen later every morning and nighttime begins to fall earlier every evening. It is the halfway point between our longest and shortest days of the year.

During the autumn equinox, the sun appears immediately above Earth’s equator (located at 0 degrees latitude at Earth’s widest girth) and our planet in both hemispheres receives roughly equal amounts of daylight and darkness.

This is also the date when plants begin to die or go dormant and hibernating animals start heading for their wintertime dens or nests. Autumn officially begins in the Northern hemisphere on September 22nd most years and will last until December 21st this year.

These days in both hemispheres, it’s easy to forget the inherent risk to human survival that autumn played in bygone eras. Like the rest of nature’s environment-supported beings, millions of humans had to begin preparing in advance for several months of slim pickings, keenly aware that it would be months before the first signs of spring edibles would begin to peek above the frozen ground and animals could again be seen wandering around in abundance, promising an end to months of isolation and privation.

Various cultures celebrated the abundance of their agricultural and hunting harvests at this time even as they prepared to survive the upcoming months’-long season of wintertime darkness, deprivation, and death. They also considered this equinox a special opportunity to connect with the divine and to seek continuing providence during the forthcoming months of lack.

For many of us who are intimately in touch with our essence, the Autumn Equinox stirs something elemental in the heart, mind, and spirit. What is this special time of the year communicating to you?

Following are just a few of limitless possibilities!

At the Heart Level …

Tune into Your Unique Rhythm. Slow down sufficiently to listen to your inner guidance system (your intuition).

What is your heart asking of you? Is it asking you to donate coats to the less fortunate, with winter just around the corner?

Is it asking you to let go of the things that you don’t value or use anymore, knowing someone else will benefit from acquiring them?

What other things is it asking you to let go of, or to recover from, by way of some action, not to benefit others, but to benefit your own heart, mind, and spirit?

There are no wrong answers here. Your heart knows what your spirit needs to boost your vibrational frequency!

At the Mind Level …

Celebrate the Fruits of Your Labor. Make a list of the things you’ve succeeded at doing since this time last year. Acknowledge them in all their glory. Pull out all the stops. Feel the joy!

During this equinox, Mother Nature begins preparing for a type of death, and you, too, may feel inclined to let things go. Is there anything right now — anything at all — that you know you will benefit from by putting it out of its (and your) misery? Regrets? Missteps? Toxic Relationships?

At the Spirit Level

Consider planting your own vegetables or herbs (if you’re in a lower part of the hemisphere that will allow for this) for an upcoming spring harvest. Planting for renewed life during this “season of lack and death” (especially during a global pandemic) signals to the universe that you are intentional about surviving and about fostering survival, despite the multiple challenges that accompany living.

Consider building an altar, or placing pumpkins on your doorstep, or hanging an autumn wreath on your door. (Whatever works with your spirit to acknowledge and celebrate the equinox.)

Consider meditating on the autumn equinox and how this one differs from ones you acknowledged and/or celebrated three years ago (pre-pandemic).

Alternately, your spirit may simply direct you to release your attachment to taking any kind of action at all, or making any decision, so you can simply observe how things unfold and resolve on their own. Again, there are no wrong choices here!

Whatever you decide to do or to refrain from doing, whenever you do it with intentionality, you will gain clarity as you unite your mind with your spirit, nature, and those you spend time with.

How do different cultures celebrate the Autumn Equinox? Let’s take a look…

The Celts, skilled astronomical observers, recognized various points in the solar year as times of change and shifts in Earth’s productivity, considering them of immense spiritual and practical significance.

Three stalks of barley tied up with rafia represent the cutting down of John Barleycorn during Mabon (pronounced MAY-bone), the Celtic celebration of the Autumn Equinox.

The ritual of John Barleycorn is a folk tale and song evoking the sowing, growing and harvest of corn.

To the Celts, Mabon is also a time to honor the Spirit World and address their own spirits. It is when Celts stop, relax, and enjoy their personal “harvests” from whichever projects they have been working on all year long.

On this date, the Druids honor The Green Man, God of the Forest, by offering sacrifices to trees. Ciders, fertilizer, herbs, and wine are all appropriate offerings.

Mabon focuses on balance because on this date (and only one other all year long) true balance is observable in nature. Day and night are equal in length.

Romans have been reported to have held a Festival of Pomona, although there is no documented proof of this, linked to the goddess Persephone in Greek mythology, during this equinox.

Despite the lack of a documented festival in her honor, Pomona was considered a wood nymph. The Goddess of fruit trees, gardens, and orchards, she was believed to watch over and protects fruit trees and care for their cultivation.

The origin of HIGAN dates from Emperor Shōmu in the 8th century. “It is a Buddhist holiday exclusively celebrated by Japanese sects for seven days; three days before and after both the Spring equinox (shunbun) and Autumnal equinox (shūbun). It is observed by nearly every Buddhist school in Japan.” Per Wikipedia.

During this time, many Japanese visit the graves of their ancestors to thank them and to pray to go to the world of enlightenment after their own passing. Some Buddhist temples hold a memorial service and festival during Higan.

So, maybe now it’s a good time to consult your spirit guides to discern what resonates with you about tomorrow’s equinox and how you would like to acknowledge it.

Think back as best you can about your ancestors, especially the ancient ones, and consider how they viewed this time of the year, when there was only home, hearth and amply stocked below-ground root cellars to sustain them during the upcoming dark, cold months.

Before electricity was available for refrigeration and heat, isolated in small villages or more distant farms, this was a time of thanksgiving for adequate (if not abundant) harvests of various kinds, as well as a time to seek favor and continuing provision from unseen helpers, known and unknown, in the world and beyond it.

Consider creating the story of an ancestor who was alive in the 1700’s or 1800’s… before radio or TV, before flight, before any of our modern conveniences (most of which we take for granted). What was cooking like? What was washing clothes like? What was hunting or gathering like before guns and ladders? If you can get inside someone from another era and begin to see what this month’s equinox represented to them, you may be able to find ways to honor both your ancestors and their ways of coping with the next several months of early darkness, increasing coldness, and less available food except for what you’ve painstakingly gathered and stored that will keep for months on end (heavily salted jerky meat, canned and dried fruits, roots, nuts and vegetables).

An Emergency Services Manager once told me that one great earthquake could take L.A. and environs (and many other regions in this country) from the Space Age to the Stone Age within minutes. Without our modern conveniences, what would the next few months of life be like for you?

It was like that for your ancestors. They survived. They even thrived well enough to have offspring, who had offspring, who resulted eventually in your existence right now.

What kind of thanks were they giving this at time of year? What kind of prayers were they saying? What were they doing, and what had they been doing, to prepare for the coming months of lack?

This exercise is meant to be far more enlightening than frightening, but it might also nudge you to prepare for future emergencies by storing non-perishable food items for yourself, your family, your pets, plus medications, clothing, water, and other necessities in an earthquake barrel or flee bag (if fleeing is an option), if you haven’t done so already.

Meditate on how fortunate you are to be living right now, even with all that seems to be going haywire in the world right now.

Let the energies of this equinox and your own sense of balance guide you to make this year’s Autumn Equinox a lasting memory!