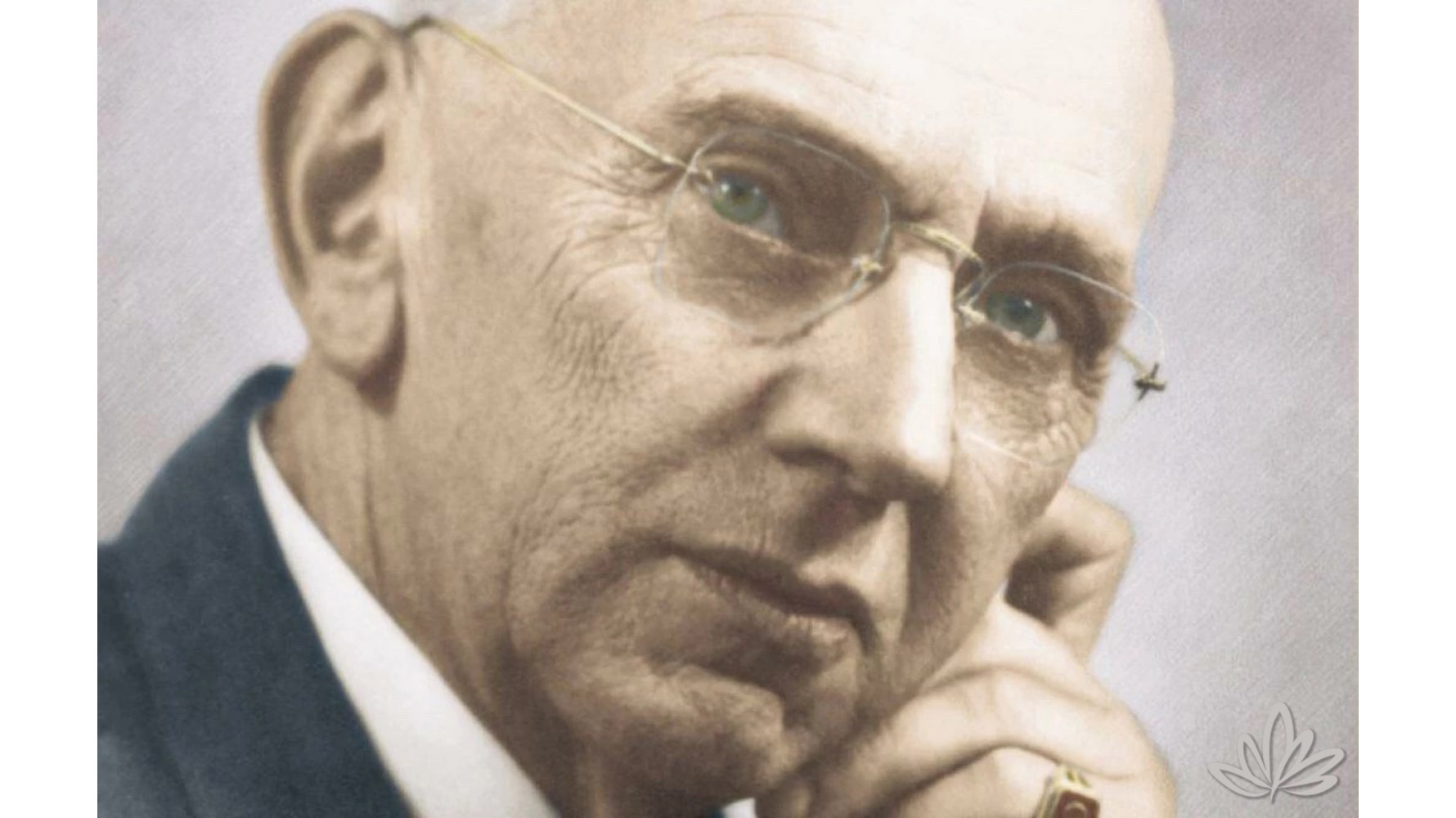 So, let’s talk about mediumship, Edgar Cayce, and contacting our love ones on the other side, a very fun subject! Connecting to “the other side,” or what’s commonly called “mediumship,” is the practice of communicating with the dead. During a typical reading, the medium conveys messages from the deceased to the living. There are two types of sessions with a medium: in the mental type, the spirit supposedly takes over and controls the speech of the medium. In the physical type, the communication may claim to include voices, rapping on walls and tables, and movement of objects. Wild for sure! The practice can be traced back to early times when shamans in our communities provided guidance to the tribe by talking to the spirit world. The heyday of mediumship was back in the late 1800’s, when spiritualism, a movement that focused on mediumship, was in vogue. They didn’t have TV or internet back then, so this was evidently their form of entertainment. Mediumship is generally frowned upon by most modern religions but is mentioned in the Old Testament. Mediumship has seen a real rise in popularity recently, that’s why I want to address it today. 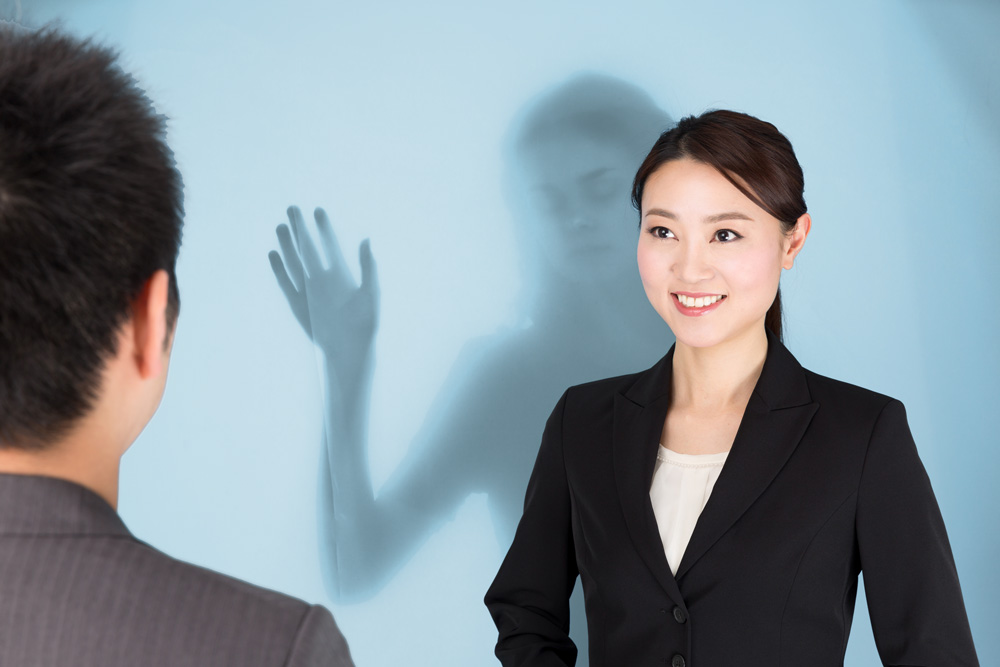 So, the question is – why talk to the dead, is it helpful, and is it safe? I can assure you that when someone on the other side weighs in during one of my healing sessions with a client, to offer insight or direction, I pay attention, so yes, it can be helpful. However, I teach that guidance from the other side be allowed to come to you, the practitioner, naturally, in the course of the session with the client, as opposed to you, willy-nilly, reaching out to the other side. Further, I believe that any information received should be used solely for the purpose of helping that individual heal. Here’s why: 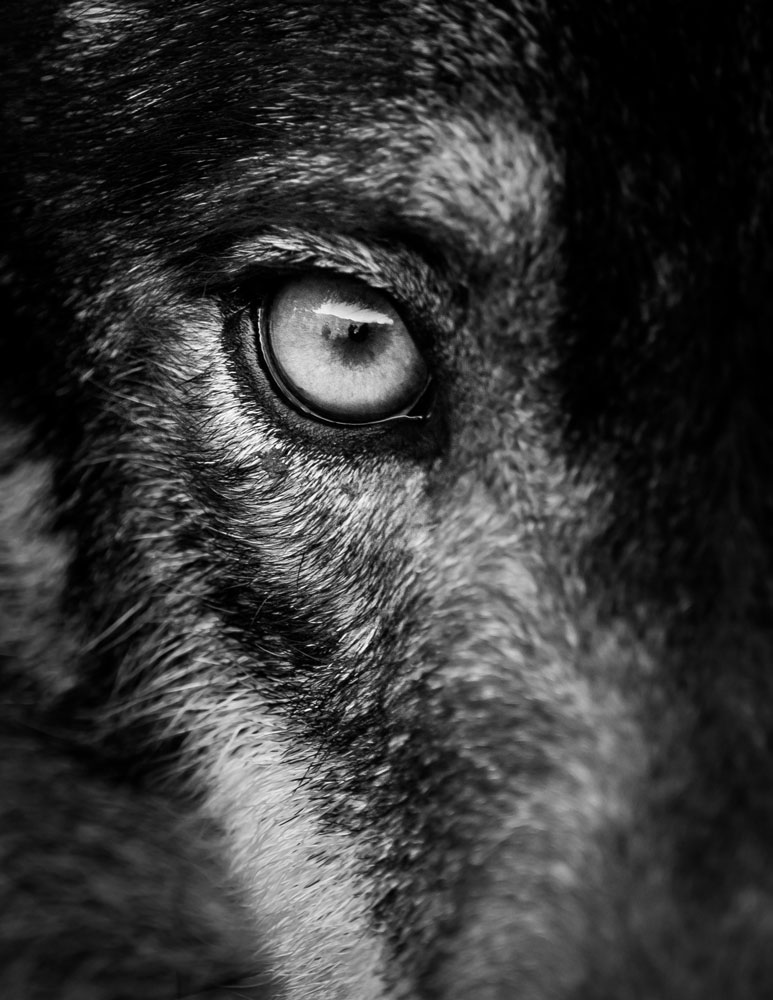 Now that I’ve laid out the dangers of mediumship, whether practicing it or receiving it, I want to distinguish the time-honored and valid practice of you personally connecting, whether alone or under the umbrella of a trusted teacher, to your ancestors, to animal guides, to ascended masters, and to the divine, which I do daily, and encourage you to do also. We can all benefit from continuity beyond this earthly realm, and that continuity can help heal ourselves, or someone who has requested our help. At the same time, however, we want to accept the wisdom that spirits beyond the veil can impart in a state of humility and quiet devotion – never use it to impress.

So now, with all those provisos, I want to tell you about the life and legacy of a man with the most amazing abilities in the area of obtaining really valid guidance from beyond this realm. I’m talking about Edgar Cayce, of course. I discovered him when I was in my 20’s and devoured everything I could read by him and about him. I was ultimately invited many years ago to his campus in Virginia Beach, to his Center for Research and Enlightenment, to teach there.

When Edgar was a young man, he totally lost his voice; he couldn’t speak at all for a whole year. Desperate for a cure, he let a traveling hypnotist, and hypnotism was very big back then, put him in a trance, and, for as long as he remained in the trance, he could speak, but as soon as the trance ended, he couldn’t talk again.

After that, another hypnotist offered to help him, but when Cayce got hypnotized by him, he was able to diagnosed himself and found he was suffering from a psychological paralysis and then suggested to himself a treatment that worked. That’s when the local hypnotist said that Cayce should offer trance healing to the public, that clearly, he had a gift. A secretary recorded Cayce’s readings after he had already done about 8000 of them; eventually some 14,000 of them were memorialized in writing. I have read many of them. They are available online and today I’ll share a thumbnail version of some of his most profound insights. 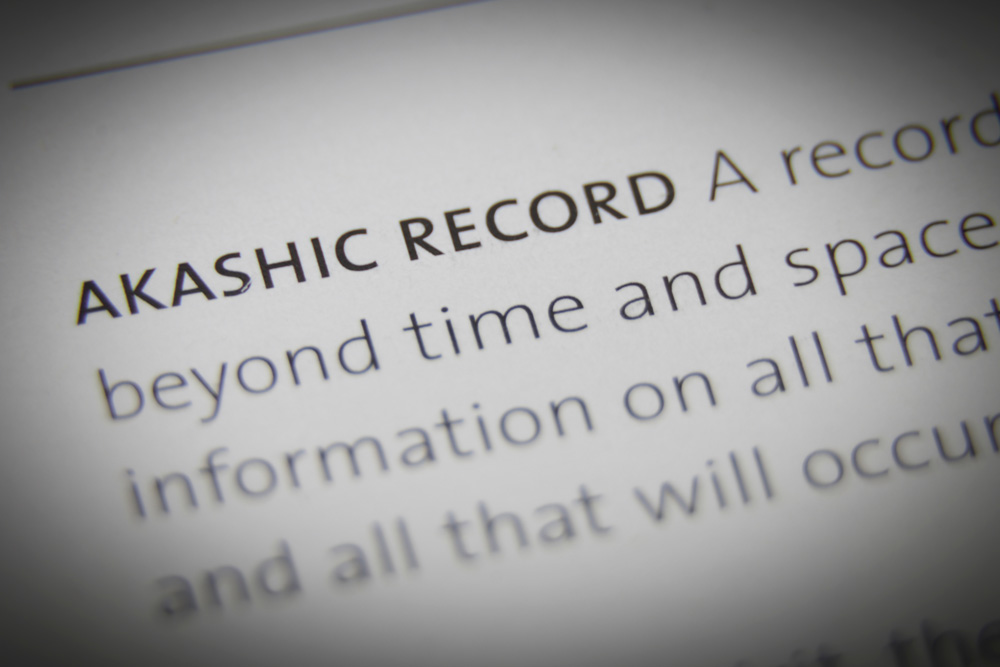 When Cayce was asked to explain the Akashic Records, and I just talked about them at length on a recent show on FaceBook and YouTube, he said they were “the record which each individual writes upon the thread of time and space.” Cayce said that, after our death, each of us is presented with our personal Akashic Record, an accounting of our karma. Cayce’s readings indicate that we each write our own life story with what we think, what we do, and how we interact with everyone and everything. Just as an aside, my own experiences with Near Death Experiences, which I talked about a few Facebook shows back, along with all the studies I’ve done on the NDE’s of others, establishes that we do often go through a life review during the NDE.

Cayce usually couldn’t recall later what he said to a client during the trance state, and when I’m in the slightly altered state that occurs when I’m getting information for you and helping you, I can’t usually recall much of it later either. It’s as if the information just flows through you, but doesn’t stay in your consciousness, and Cayce’s experience was the same. Nevertheless, I am 100% present when the info comes in, which is an important distinction: One of the things I want to be sure to mention is how dangerous it was for Cayce to not be conscious and present during his readings; another man, John of God, by the way, also followed that risky practice of not being conscious. When I worked with John of God in Brazil some 20 years ago, I saw with my own eyes just how dangerous it was to have another consciousness take over your mind and body. And we all know how sadly John of God’s life has turned out, my heart goes out to him, despite the horrific nature of his crimes. But we’ll talk about John of God another day. The important thing to know is that you need to be fully awake, aware, and present whenever you’re working to help heal someone or in contact with the Akashic Records or souls beyond the veil for someone else. I am always fully conscious of myself and my guest, and what I’m saying and doing during every reading and healing. That old style of reading and healing where the practitioner allowed their consciousness to leave their body is dangerous because negative entities can enter your body, mind, and spirit, and take over.

Another classic mistake that Cayce made was that he overworked, and consequently died young at 67, as do others who can’t seem to say “no” to the needs of others. When I see that personality attribute, I recognize it as a need for approval that isn’t healthy; it means the healer is out of balance. Been there, done that. In case the shoe fits ☺

Edgar Cayce’s immense library of readings has been grouped into six categories: (1) health; (2) philosophy and reincarnation; (3) dreams; (4) ESP and psychic phenomena; (5) oneness; and (6) spiritual growth, meditation, and prayer. In the decades since his death in 1945, many terms that he invented — including Akashic Records, spiritual growth, auras, soul mates, and holistic health—have become an integral part of our language.

Edgar Cayce made a number of prophecies that are of interest to us today: 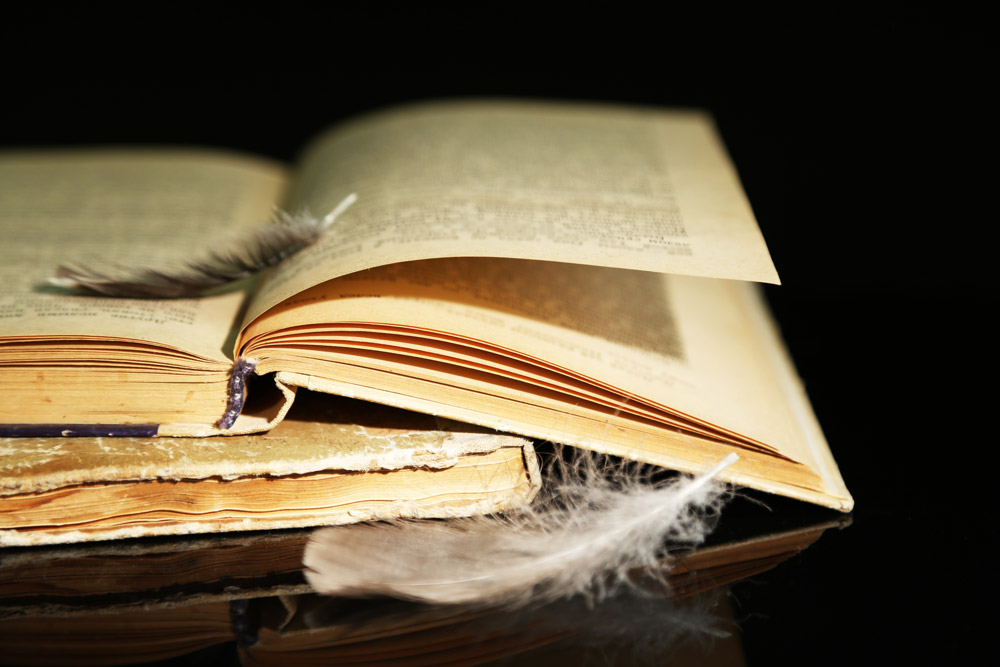 First, he predicted, long before they occurred, the stock market crash of 1929, World War II, and a shift in the electromagnetic poles of the earth that started in the year 2000 and is still going on and is likely a major cause of us moving into the New Age.

As for the future, he also made these prophecies that have yet to occur:

When he was asked, “Will we discover the design for a self-fueling  machine?” Cayce said we would, which offers hope when it comes to the climate crisis and ways to eliminate the use of fossil fuels, since they are devastating our ecosystem right now.

Cayce revealed that since humanity’s consciousness has evolved and expanded over time, a New Age and a new understanding of humanity’s relationship to God would appear right about now; that each of us must work with our own soul development to resonate with this new consciousness. He also said that an ancient “Hall of Records” from Atlantis would be rediscovered that would signify the manifestation of this new level of consciousness.

Cayce prophesied that eventually China will become the center of true spirituality. In light of what’s going on right now in the world, this is an especially interesting insight. 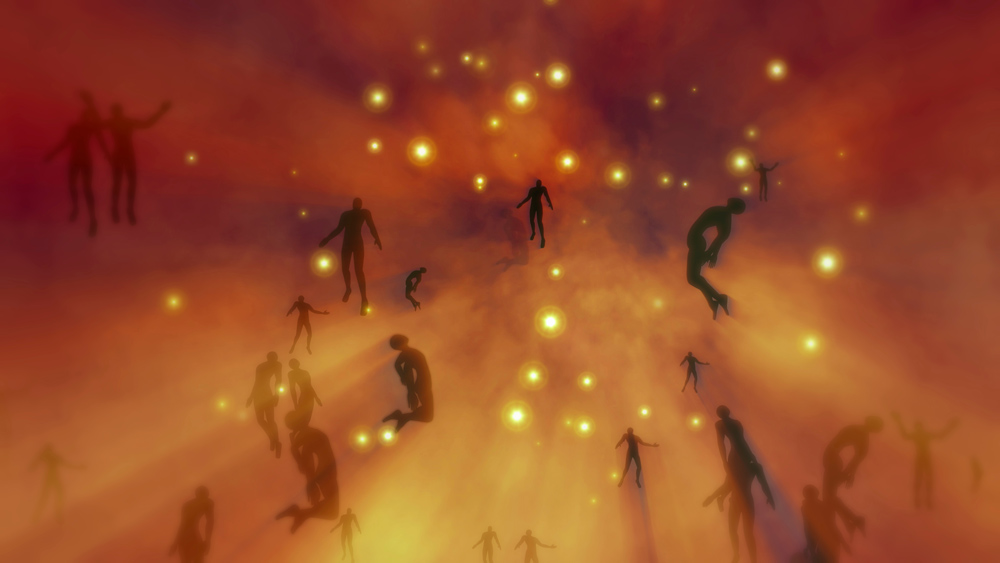 He also had plenty to say about reincarnation and karma. His readings essentially counseled those fascinated by these subjects that one’s past lives should be of considerably less concern than one’s present life. I couldn’t agree more: I’m always telling my students to focus on this lifetime, since this is the one where you can make changes. He said that although we retain skills and lessons from past lives, it’s important to understand that the value of this life is to evolve further by adding skills and lessons by living, growing, and being of service in the present. Our abilities from past lives are provided to help us fulfill our purpose in the here and now. He also said that we pre-select our surroundings before each incarnation (parents and family, location, time period, etc.) that will best help us learn the lessons we need for completeness.

Cayce stressed that prayer (talking to Source) and meditation (listening to Source) affects your consciousness and your vitality and that the survival of our planet literally hinges on those of us who view life in all its diversity as crucial elements of a sacred whole.

And now — to answer the question that nearly everyone asks after they’ve learned that we survive death — ‘’What are our loved ones  doing on the other side?”  Edgar Cayce had this to say: “When we die, we merely change form and are very much alive. Death is only passing through God’s other door.”  I very much agree with this – so let’s make the most of ourselves while we have the advantage of a physical body! 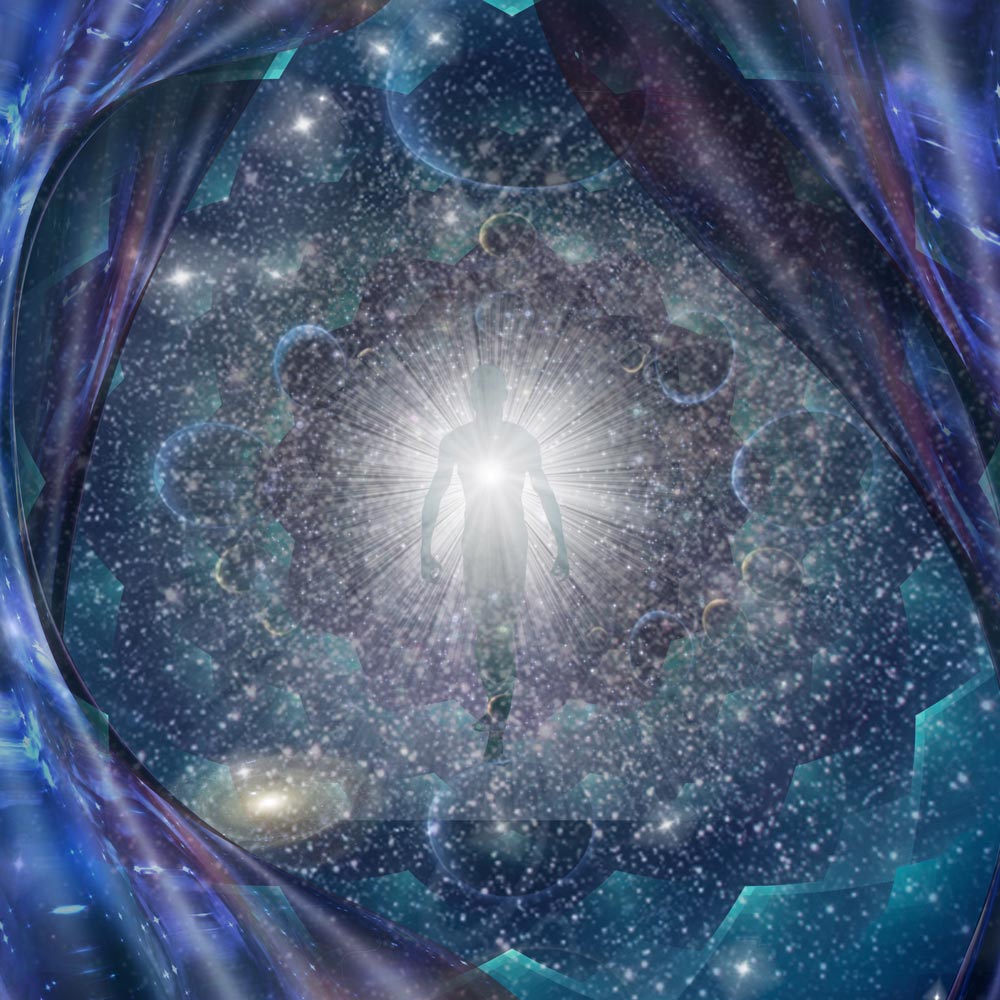 If the idea of tapping into wisdom from beyond this Earthly realm is of interest to you, think about enrolling in our best-selling Astral Travel course. It will teach you to safely go beyond what we experience here in physical form, to attain knowledge and guidance that isn’t otherwise available. Click here to learn more now >> 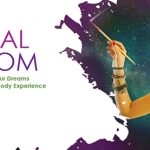