Diane Schuler: One Too Many, One Last Time 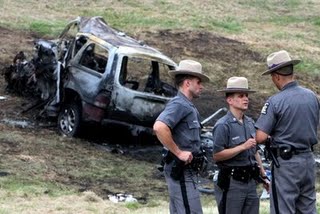 Diane Schuler had the equivalent of ten shots of vodka and a high level of THC from marijuana in her body-all before noon on the fateful day she drove her minivan filled with kids headfirst into an SUV, killing seven people, including herself. She was driving the wrong way on a state highway, and the broken bottle of Absolut vodka found in the wreckage gives testimony to the reason so many died that day. Yet her husband (who also had a past DUI conviction) swears he never saw her drunk. She couldn’t possibly have been an alcoholic.

But who else can consume that much alcohol and pot and still believe they are capable of driving, especially with five young children in the vehicle? Only someone who denies the extent of her own addiction, even to herself. Someone who just wants to “take the edge off” a little before dealing with the stress of the day.

And more and more women are doing just that. More women are being arrested for DUI than ever before, even as the numbers for men drunk drivers is getting lower.

Read my exploration of this topic at the Huffington Post.