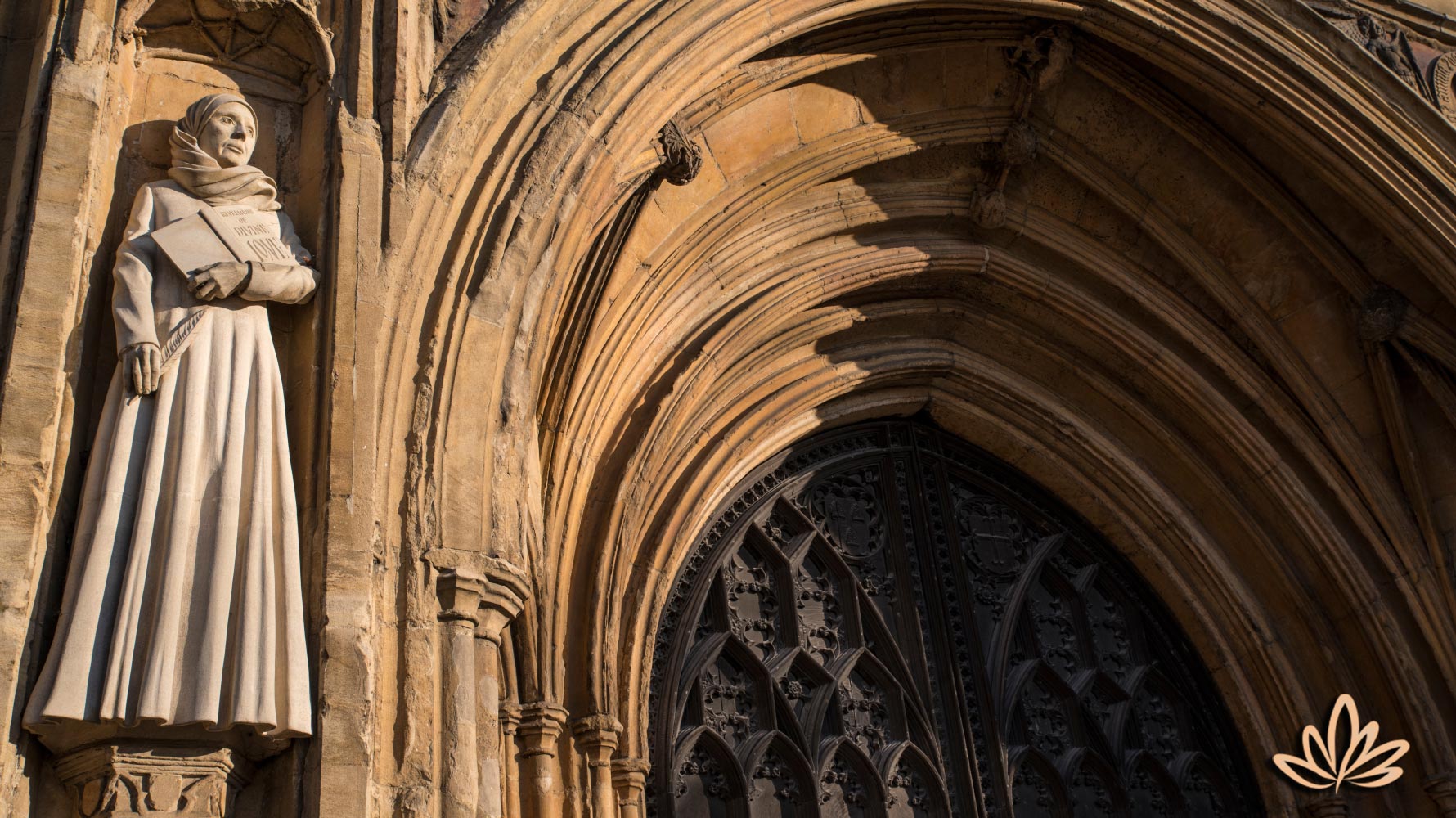 Today, I continue my series introducing you to some very special mystics that can be a great source of guidance for us. In the first part, I introduced you to Meister Eckhart. And today, I want to introduce you to Julian of Norwich.

Julian, a woman, was born in 1343 and died in 1416. Her writings are the earliest surviving works by a woman (not counting Anonymous!). They are also the only surviving English language works by a female religious recluse. 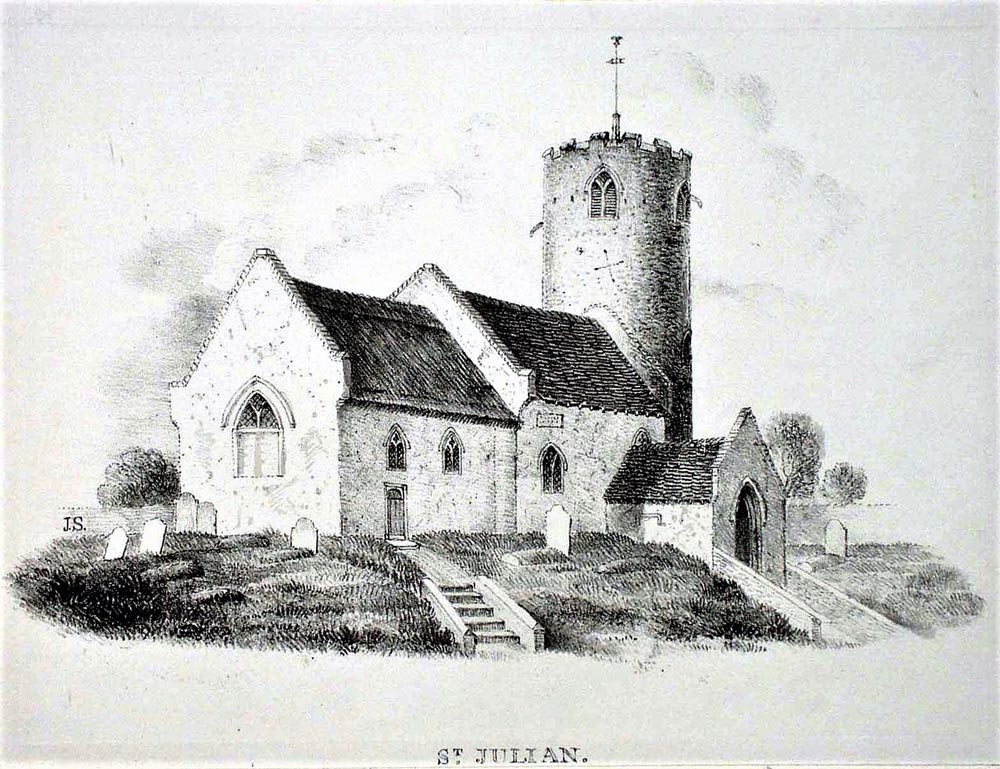 At age 30, Julian became so seriously ill that she believed she was on her deathbed. It was then that she received a series of visions of the Passion of Christ. Recovering from her illness, she wrote two versions of her experiences, the first of them almost immediately. The longer version, known as the Long Text, was written later. Julian lived in permanent seclusion in her cell at St Julian’s Church, Norwich.

Julian was a well-known spiritual authority within her community, where she also served as an adviser. Living in her cell, she played an important part in her community, devoting herself to a life of prayer to complement the clergy in their primary function as protectors of souls. During her confirmation ceremony, psalms from the Office of the Dead were sung for Julian (as if it were her funeral), and then she  was led to her cell door and into the room beyond. The door was then sealed, so she remained in her cell for the rest of her life.

Julian of Norwich is recognized as one of England’s most important mystics.

Despite living in tumultuous times, Julian’s theology was optimistic and spoke about God’s benevolence and love. According to Julian, God is our mother and our father.

Among my favorite quotes of Julian of Norwich are these: 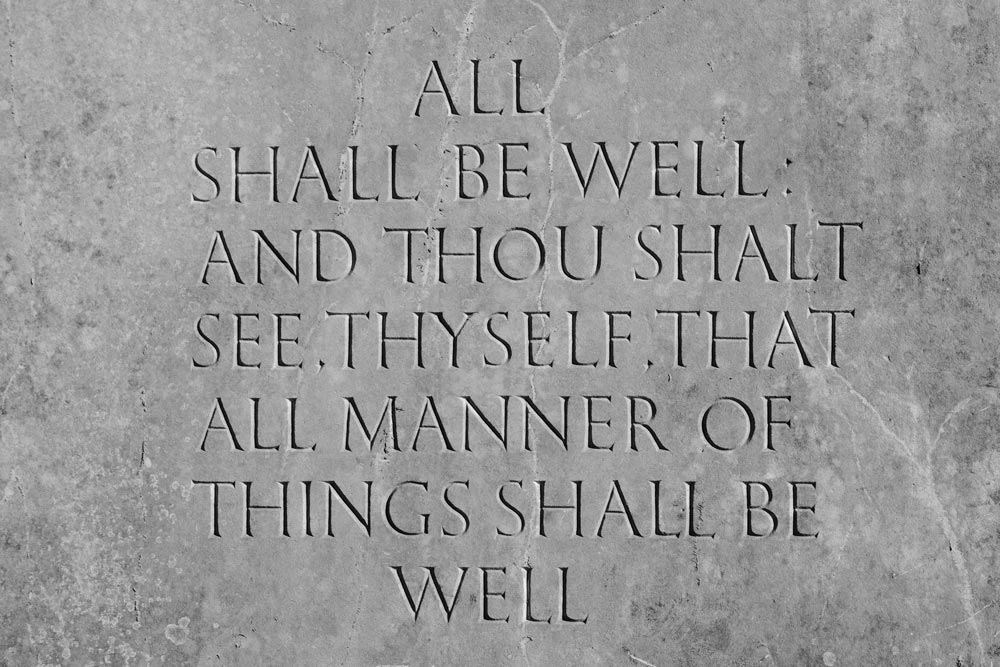 “If there is anywhere on earth a lover of God who is always kept safe, I know nothing of it, for it was not shown to me. But this was shown: that in falling and rising again we are always kept in that same precious love.”

Would you like to connect to this mystic (and others) for direct guidance and wisdom? It’s possible. These Ascended Masters are standing by, ready and willing to help you. You just have to learn how to open the communication channel. And that is exactly what I will be teaching you how to do during a free video event on July 14th at 5:30 PM PDT/ 8:30 PM EDT. Space is limited, so be sure to register now by clicking here >>